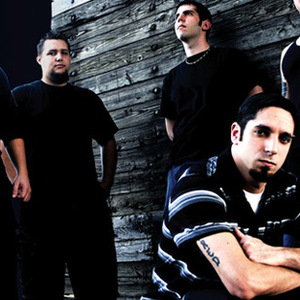 Scars of Life is a powerful five-piece groove oriented metal band that emphasizes depth in musical style and emotionally-charged meaning in its lyrics. This quintet hails from South Florida, and is currently taking on the music scene by storm, propelling its music to new heights daily. In the new millennium, Scars of Life was created after the disbanding of "Confined", a well-known hard rock act from Fort Lauderdale, Florida. Confined was made up of Kyle Shapiro on bass and vocals, Anthony Parrinello on Guitar and Vocals, Joe Raio on Guitar, and Jason Rodman on drums.

In the new millennium, Scars of Life was created after the disbanding of "Confined", a well-known hard rock act from Fort Lauderdale, Florida. Confined was made up of Kyle Shapiro on bass and vocals, Anthony Parrinello on Guitar and Vocals, Joe Raio on Guitar, and Jason Rodman on drums. Being that Confined was based around a death-metal theme, the four members wanted to try something different. When their first song was written under this new sound, they knew right away they had something special. The band was also rearranged in such that Kyle was no longer playing bass, but had switched to vocals full time. This created the need for a new bass player, and Al Torres was in the right place at the right time. Now with the lineup complete, the new group began a six-month songwriting phase. For each new song, their style developed, taking on a new shape. One common theme emerged throughout this phase, they began to focus on making music that had more emotion and groove. The addition of having strong clean vocals as well as aggressive vocals was something that has become a signature sound for the group.

By the end of 2000, the group, still with no name, entered the studio with the locally famous Jeremy Staska of Studio 13 to record their new material. Three weeks and eight songs later, the finished product was in their hands. Once the band got a chance to hear their new sound, they began to ponder the meaning of their material, and the name "Scars of Life" was accepted as their new identity. Shortly after they recorded, bassist Al Torres began to show interest in pursuing his own projects, and decided to leave the group. For the next 4 months he continued to play with the band as a courtesy until a replacement could be found. After months of grueling auditions, the search ended with long time friend Mike Kennedy. It was clear after the first practice that Mike was a perfect fit for the band, and a welcomed addition. With their lineup once again complete, Scars of Life set out to accomplish their next goal, getting their music out to the masses. The group put together over a thousand CD singles and distributed them to local radio stations and music fans all over South Florida.

In January 2002, Scars of Life's debut CD, "Mute" was independently released to much critical acclaim. The initial response has been more than encouraging, with several great reviews being given by local magazines, as well as an impressive amount of airplay on local radio stations.

Since Mute's release, the band has had the opportunity to share the stage with a number of national acts, including Florida's own Poison The Well and Endo. The group also took part on the Boynton Beach, FL stop of the Jagermeister Music Tour, tearing it up with Coal Chamber, 40 Below Summer, Ill Nino, and Drowning Pool.

Scars of Life also had the distinct honor of being picked by InsideSessions.com to play the Augusta, Georgia stop of the Locobazooka Tour with other great acts such as Sevendust, Filter, Nonpoint, Earshot, Earshot, Mushroomhead, Audiovent, Dry Cell, Dragpipe, and Mad at Gravity.

The band's debut disc was honored as the first ever Planet Radio 92.1 CD of the month for March 2002. This was a special honor to Scars of Life, for the cd of the month was picked by the fans.

2006 Kyle Shapiro decided to leave the band. The four remaining members immediatley started to search a new singer and found Frankie ?Footer? Kalin in March 2006. They changed their name into Burning Red and their style into hard rock.

In February 2009 they announced on their homepage that Burning Red doesn't exist any longer. They seperated from "Footer" and Chris moved to Orlando and plays now for devolce. Anthony, Joe and Jason decided to renew Scars of Life with a new singer (still searching), but with their old typical SOL-stlye.