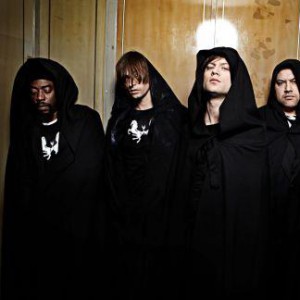 "Caligola" is a band founded by Bj?rn Dixg?rd, Gustaf Nor?n (both known for being members of Mando Diao) and others artists around Stockholm. Their first project was the video "Sting of Battle" which was released on the 27th December 2011. For the album "Back to Earth" they collaborated with drummer Oskar Bonde from Johnossi, singer Agnes Carlsson and the swedish hip hop producers Masse and Salla Salazar.

In February 2012 "Forgive Forget" was released as their first single from the album Back to Earth.