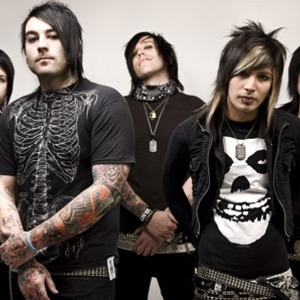 Formed in Orlando, FL. in the summer of 2006, "Modern Day Escape has an infectious sound and draws in the crowd regardless of what market they are playing."-Shane Jay Hayes (Essential Media Group) The band was originated when members nXe, and Shep traveled coast to coast, from California to Florida, to meet up with singer James Vegas. Though it almost all ended before even getting started, as Bass player Shep was forced to abandon his dreams and return home for personal reasons.

The band was originated when members nXe, and Shep traveled coast to coast, from California to Florida, to meet up with singer James Vegas. Though it almost all ended before even getting started, as Bass player Shep was forced to abandon his dreams and return home for personal reasons.

Forming the band ?Avenging Addison?, JV and nXe continued to rise through the local music ranks. Going through multiple members trying to find the right line up, the boys continued searching for a group of guys with the same spark that they held. Carrying on with the path and heart of the group, they managed to scoop up current guitarist, Marti Rubels in 2007.

After getting together with Rubels, they decided to tear apart ?Avenging Addison? and start from scratch. Without hesitating, they began working, even though they were still short a complete band. After what became an entire year spent hiding away from the music scene, writing and rewriting, everything seemed to come together in 2008.

When the time felt right, despite the fact MDE still lacked a final lineup; they began playing any show they could get a hold of. Through high energy performances where nothing is held back, the band began landing Florida's most important venues within a month. Around this time, in a type of twist only found in books, one of the biggest and best surprises came with the return of Shep from California.

Everything had finally fallen into place for the Modern Day Escape bass player, and it seemed the same could be said for the group. So they took off, throwing caution to the wind and touring coast to coast. The road seemed to throw every obstacle possible at them, finally stranding them in California; but what seemed like a curse was really a blessing. As random as every other member had come into the group, within weeks of breaking down in Hollywood, they met drummer Tony. The group caught him only a month before he planned leaving his temporary home in LA, to return to his home in the UK.

Now, with bigger and better shows in the upcoming months, the band continues churning out a cohesive musical addiction; a sound that can still deliver melodic verses, catchy choruses, and a guttural break down punch...while never falling into the genre of "just noise".

Clicking immediately with the lineup Modern Day Escape had always been waiting for, the boys are taking full advantage of their downtime in the city of angels. Sharing the stage with some of their idols, playing legendary venues, releasing the music video for "March of the Dead", having their CD hit the shelves in Hot Topic & Smartpunk, and setting on multiple upcomming tours yet to be announced!, Modern Day Escape breaks through all obstacles and borders. And is taking the world by storm this year!

"It's a competitive industry but Modern Day Escape is focusing on the big picture and successfully marketing a future in the right direction. So big LA, where's the contract?" -Kyle ?Kore? Parsons, Music Reviewer;
Redefine Magazine, July 2008