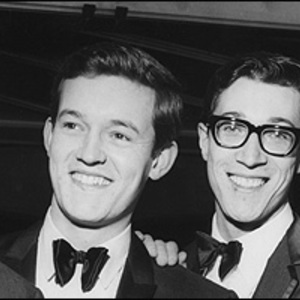 Hank Brian Marvin (born Brian Robson Rankin on 28 October 1941) is an English guitarist, best known as the lead guitarist for The Shadows. The group, which primarily performed instrumentals, was formed as a backing band for singer Cliff Richard. Marvin has a distinctive guitar sound and appearance, primarily using a clean sound with very high reverb and vibrato giving a dreamy effect. THE SHADOWS History 1950s

1950s
Formed as a backing band for Cliff Richard, they took the name The Drifters until finding out there was an American band with that name. The members were founder Ken Pavey (born 1932), Terry Smart on drums (born 1942), Norman Mitham on guitar (born 1941), Ian Samwell on guitar and Harry Webb (before he became Cliff Richard) on guitar and vocals. The original Drifters had no bass player. Samwell wrote the group's first hit, "Move It" which is often mistakenly attributed to "Cliff Richard and The Shadows". None of the original Drifters were in the group when they became The Shadows.
The name was changed to Cliff Richard and The Shadows shortly after first manager Johnny Foster discovered the group, and they were signed for Jack Good's Oh Boy! television series. Producer Norrie Paramor of EMI signed Richard, and asked Johnny Foster to recruit a better guitarist. Foster went back to Soho's 2i's coffee bar (famed for musical talent performing there, particularly in skiffle) in search of guitarist Tony Sheridan. Sheridan was not there but Foster's attention was caught by another musician, who was tall, good looking, played guitar well and had Buddy Holly glasses.
Hank Marvin was playing in a skiffle band with Bruce Welch. The pair had travelled from Newcastle and were surviving on little money. Foster offered Marvin the job and he accepted on condition that Welch would also join. New manager Franklin Boyd could see the pair worked well and they were employed as lead and rhythm guitarists. Ian Samwell was moved to bass until he was replaced by the Most Brothers's bass guitarist, Jet Harris. Drummer Terry Smart left shortly afterwards and was replaced at Harris's suggestion by Tony Meehan. The Drifters' professional lineup was now complete, and they became The Shadows in early 1959. Johnny Foster continued for a time as Richard 's manager, and Samwell wrote additional songs for The Drifters and The Shadows before writing and producing for others. Meehan recalled that Richard, backed by Marvin, Welch, Harris and himself had played together a year beforehand at least once at the 2is.
The group started recording and performing with Richard and released two singles in their own right in 1959. ("Feelin' Fine"/"Don't Be A Fool With Love") and ("Jet Black"/"Driftin'"), The first two tracks were vocals and the second pair instrumental. Neither charted. A further (vocal) ("Saturday Dance"/"Lonesome Fella") also failed. The instrumental "Chinchilla" was included on a four-track soundtrack EP by Cliff Richard and the Drifters called Serious Charge released in early 1959 with the film of the same name.

1960s
In 1960, the band released "Apache", an instrumental by Jerry Lordan, which topped the charts for 5 weeks. Further hits followed, notably "Wonderful Land", another Lordan composition with orchestral backing, at the top of the charts longer than Apache (8 weeks). This, and "Kon Tiki" six months earlier, reached number one (1 week). The Shadows played on more chart-toppers as Richard's band. This group, referred to subsequently as "The Original Shadows" had seven hits.
In October 1961 Meehan was replaced by Brian Bennett and in April 1962 Harris was replaced by Brian Locking, also known as Licorice. Bennett and Licorice were friends from the 2I's and had all played together. The Marvin-Welch-Bennett-Locking line-up lasted 18 months but held its own in the face of Merseybeat, headed by The Beatles. This Shadows line-up produced seven hits, two of which, "Dance On" and "Foot Tapper" topped the charts.
In October 1963 Locking left to spend more time as a Jehovah's Witness. The band had met John Rostill on tour with other bands and had been impressed by his playing, so they invited him to take over. This final and longest-lasting line-up consolidated innovating as they tried different guitars and developed a wider range of styles and higher musicianship. They produced impressive albums but the chart positions of singles began to ease. The line-up had 10 hits but the most successful, "The Rise and Fall of Flingel Bunt", was also the first.
During the 1960s the group appeared with Richard in the films The Young Ones, Summer Holiday, Wonderful Life, Finders Keepers and as marionettes in the Gerry Anderson film Thunderbirds Are GO. They also appeared on stage in pantomime. Aladdin and his Wonderful Lamp was in 1964 at the London Palladium with Arthur Askey as Widow Twankey, Richard as Aladdin, and The Shadows as Wishee, Washee, Noshee and Poshee. Cinderella at the Palladium in 1966 featured Richard as Buttons and The Shadows as the Broker's Men, The film and stage roles allowed the group to develop as songwriters. They wrote only a few songs for the earliest movie, 1961's The Young Ones, but by Finders Keepers in 1966 almost the entire soundtrack was credited to Marvin-Welch-Bennett-Rostill.
The line-up split in December 1968, after the 10th anniversary album Established 1958, a mixture of tracks with Richard, and instrumentals featuring just The Shadows. All were written by the group. Welch left. This was almost the end, although an album (Shades of Rock) and a tour of Japan followed with Alan Hawkshaw on keyboards; in Marvin's words, they did it 'for the Yen'. The tour was not artistically successful, and the live LP is not held in high regard, though it does feature n long version of "Slaughter on Tenth Avenue" in which Marvin plays acoustic and electric guitar.

1970s
During the early 1970s, Marvin and Welch had a second career as vocal group Marvin Welch & Farrar with Australian John Farrar as third vocalist. Farrar provided a high voice and skill as an arranger. They recorded two acclaimed albums and several singles and, without Welch, a third album Marvin and Farrar, which Marvin described as "Frankenstein meets The Beach Boys".[citation needed] Live performances were hampered by audiences expecting the Shadows' greatest hits. Marvin said (interviewed in Guitar Greats by John Tobler), "In the Batley Variety Club we walked off stage to the sound of our own footsteps!"
The Shadows reformed in 1973 with Welch on rhythm guitar and Farrar on guitar and vocals. Following the death of John Rostill, the group booked session bassists for recordings and tours. Dave Richmond and Alan Tarney, who had each provided bass for Marvin, Welch & Farrar, continued for the reformed Shadows. An album, Rocking With Curly Leads featured Marvin using vocoder to modify his sound. Some tracks used Farrar as second lead guitarist.
The group were chosen by BBC Boss Bill Cotton to perform the Song for Europe in the 1975 Eurovision Song Contest. The Shadows recorded a number of options and played a song each week on a six-week television show hosted by Lulu. The public voted for "Let Me Be The One" by Paul Curtis to go to the final in Stockholm. The group came second to Teach In's "Ding-A-Dong"; author and historian John Kennedy O'Connor notes in The Eurovision Song Contest ? The Official History that they were not a popular choice to represent the UK.[1] But the contest re-established The Shadows. Other records followed.
The packaging of the group's greatest hits in Twenty Golden Greats by EMI in 1977 prompted the group to reform yet again for a tour featuring Francis Monkman from Sky on keyboards, leading to a number one album and a top ten hit single "Don't Cry for Me Argentina". Francis left after that tour and the line-up settled as Marvin, Welch and Bennett, supplemented on records and gigs by Cliff Hall (keyboards) and Alan Jones (bass).

1980s
The Shadows Live At Abbey Road
The group performed and recorded until 1990, with most of their 1980s albums performing well in the charts. With the exception of Guardian Angel, an album of new material, most of 1980s albums featured covers of pop songs, with little original material. The group moved in 1980 from EMI to Polydor with Change of Address. EMI would not agree to a tape leasing scheme, whereby the group would retain copyright of recordings, but the company would be licensed to publish them for individual albums. This resulted in the group re-recording much of its catalogue of EMI hits for Polydor . The recordings were made using analogue equipment, but digitally mastered, but with instruments, amplifiers, and arrangements close to the original. This has allowed the group to package and market their own compilation albums, featuring old hits as well as new. Other albums, such as Diamonds, feature no new material, being compiled from recent albums. The line-up remained until Jones had a car accident and Mark Griffiths of the Cliff Richard band and originally from Matthews Southern Comfort was brought in on bass. He shared bass duties until 1990 when the band stopped touring and Marvin played solo again.

2000s
Roger C. Field, a guitar friend of Marvin presented Welch and Harris in 2001 with his idea to reunite The Shadows, winning their support, Harris addressing Field's intention in a newspaper article (Otago Daily Times, New Zealand, June 2, 2001) and writing "Good luck, Roger" on Field's Fender. Field contacted Marvin with suggestions and guitar arrangements to motivate him to return to the band and is the instigator of the reunion. The group re-formed in 2004 (with Bennett mediating between Welch and Marvin) healing a rift of over 10 years - to mount a farewell tour, and they recorded a new track - "Life Story" (written by Jerry Lordan)- to accompany a new greatest hits package of the same name which featured 1980s re-recordings of all their 1960s and 1970s hits. This opportunity to see Marvin, Welch and Bennett, joined on keyboards by Hall and bass by Griffiths, was so successful that they extended the tour in 2005, this time of Europe. The line-up was almost the same, but Warren Bennett, son of Brian, came in on keyboards instead of Hall. On 27 November 2008 a concert tour, with Cliff Richard, for 2009 was annnounced.