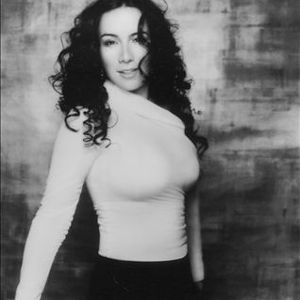 A pure, compelling and original voice hailed by the LA Times as an "instrument of wonder", Chilean singer/songwriter/arranger CLAUDIA ACU?A draws upon the culture of her homeland by fusing Latin rhythms with her instinctive jazz sensibilities. Singing mostly in her mother tongue, Acu?a makes it clear that music crosses all barriers - particularly when sung with her distinctive brand of authentic emotion.

Legend and inspiration, Abbey Lincoln says, "Claudia sings in the tradition of the great ones. Her sound is her own."

Born in Santiago and raised in Concepcion, Chile, Acu?a began singing Chilean folk/pop, rock, fusion and opera, drawing inspiration from Chilean music pioneers Violeta Parra and Victor Jara. At the age of 15 she discovered her first "outside" musical model: Frank Sinatra. Acu?a finally "felt at home" when she heard the voices of Sinatra, Erroll Garner and Sarah Vaughan.

Moving to Santiago in 1991, she immediately gravitated to the local musicians and soon made a name for herself on the jazz scene, being featured on the club's live radio broadcast while sitting in with visiting musicians Wynton Marsalis, Michel Petrucciani, Joe Lovano and Danilo Perez. In 1995 Acu?a made the move to New York City to fulfill her dreams, where she immediately became a fixture at local jam sessions and stints at infamous New York haunts with pianist Harry Whitaker at Arturo's and guitarist Ron Affif at the Zinc Bar. It was at the Greenwich Village hotbed of up-and-coming talent, Small's, where Acu?a befriended pianist Jason Lindner, her closest collaborator to this day.

Acu?a was signed to Verve Records in 1999, and recorded her critically acclaimed debut WIND FROM THE SOUTH, followed by the much welcomed follow-up, RHYTHM OF LIFE. In 2004, MaxJazz recorded the beautiful LUNA, where, as noted by the Daily News, "Acu?a transforms classics into something provocative and unexpected".

Acu?a was recently appointed a spokesperson for WORLD VISION CHILE, an international Christian relief and development organization, delivering assistance during humanitarian emergencies to areas where it operates child-focused development programs. It is her greatest achievement.