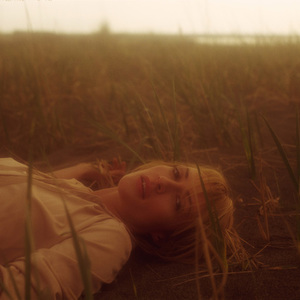 On 26 September 2006, Haines released the album Knives Don't Have Your Back on Last Gang Records. The album was written and recorded in Los Angeles, Montreal, Toronto, and New York over the previous four years, and features contributors including Sparklehorse's Scott Minor, Broken Social Scene's Justin Peroff, Stars' Evan Cranley, and Metric's Jimmy Shaw.

Though it took Haines four years to complete the album, the singer says she'd been plotting this for years. "When I was a little kid," she said in a statement, "I would creep downstairs to the piano and write rudimentary songs about imaginary places. I'm told the first song I ever wrote was a love song to a cranberry tree. I always used the mute pedal. I hated the idea of anybody hearing me.

"Everywhere I've lived while working with Metric, I've written songs on the piano and played them for no one," she continued. "On the advice of a friend, I decided I'd better start recording them before they were forgotten."

Among those songs are a track that was written while Haines was studying electroacoustics in Montreal while some were recorded in Toronto, Canada in the winter of 2002, shortly after the death of Haines' father.

Choir Of The Mind

What is Free to a Good Home?

Knives Don't Have Your Back