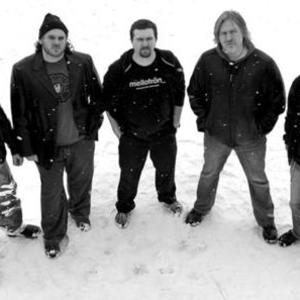 Imminent Sonic Destruction is the brainchild of Detroit-based guitarist, vocalist and metal innovator Tony Piccoli. Influenced by the raw power of bands such as Strapping Young Lad, Meshuggah and Pantera , as well as the disciplined complexities of progressive groups like Dream Theater and Genesis, Piccoli set out to change the face of metal. His blend of crushing guitars, ethereal overtones, a combination of vocal styles and wonderful melody are wrapped in subtly complex time signatures, skull-crushing guitar riffs...

After playing in several bands while living Arizona in the 90's, Piccoli moved back to his hometown of Detroit, Michigan. He began writing songs that would become the blueprint for Imminent Sonic Destruction's sound. After years of writing the music and working on perfecting the sound, Piccoli hooked up with local musicians to record two demo discs titled The Umlaut Speaks & The Umlaut Doth Spake which Piccoli himself says both are "fucking certified."

In 2007 Imminent Sonic Destruction made the leap from a recording project to a fully fledged live band. Joining Piccoli is a veritable super group of Detroit area progressive and metal artists. First to sign on was former Tiles drummer Pat DeLeon who has recorded with Tiles on the Magna Carta and InsideOut music labels and well as touring Europe as the opening act for Dream Theater.

Solidifying the rhythm section is Bryan Paxton, who is a powerful metal force in his own right playing with Detroit metal bands JustDefy and Miles Beyond. Next to sign on was keyboardist/vocalist Pete Hopersberger from the Detroit progressive rock group Space Nelson. Pete's musical knowledge and pure talent takes the Imminent Sonic Destruction sound to the next level. Rounding out the lineup is guitarist/vocalist and all around musical chameleon Scott Thompson. Scott has played numerous instruments in numerous Michigan groups as well as being an established solo artist.