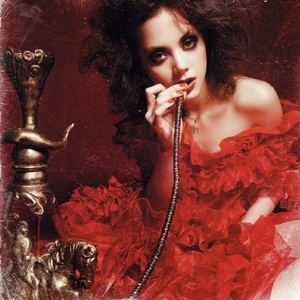 Anna Tsuchiya (?????), Born March 11, 1984. Half Japanese half American, Anna began modeling at the age of 14, when she was scouted for Seventeen magazine. In 2002, she joined with Ex-Oblivion Dust member Kaz to form Spin Aqua. After a hiatus, they disbanded in 2004, due to her pregnancy and engagement to Joshua, another model. She gave birth later that year. She became musically active once more in 2005, releasing her solo debut under AVEX's sub-label, Mad Pray Records. Her third single, Rose, was used as the opening song for the Nana anime.

She became musically active once more in 2005, releasing her solo debut under AVEX's sub-label, Mad Pray Records. Her third single, Rose, was used as the opening song for the Nana anime. She and Olivia Lufkin have since performed all the opening and ending songs for the show, as well as releasing several "inspi' by Nana" project albums and singles.

Anna's music usually features a pop-rock sound and instrumentation, but with a more pop-like style for melody and lyrics, the latter of which she usually writes herself. She frequently writes entire songs or large portions thereof in English, in which she is semi-proficient. She has stated several times that she is not fluent, though her command of the language and accent are such that her overseas fans often assume otherwise. Anna also frequently covers American songs; pop hits such as Damn I Wish I Was Your Lover and True Colors. as well as rock tunes such as Somebody Help Me? and Just Can't Get Enough are in her repertoire. She is a large fan of Queen and Nirvana.

Anna has also gained success as an actress, winning several awards for Best New Actress after her debut in Shimotsuma Monogatari (released in the US as Kamikaze Girls). She has also lent her talents to Cha no Aji (The Taste of Tea), Bashment, the Japanese dub of Herbie: Fully Loaded, Memories of Matsuko, Dororo, and has most recently starred in Sakuran.