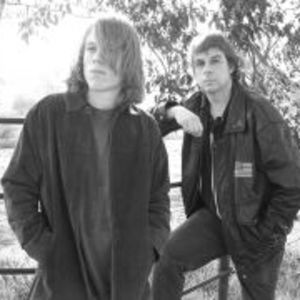 David Minasian has been involved with progressive music projects over the years notably producing and directing DVDs for the well known UK Symphonic prog band Camel. He is the producer and director of over 60 film and DVD projects, including Camel's highly acclaimed concert DVD "Coming of Age". David kept a low profile concerning his own music until the release of his symphonic prog album in 2010, "Random Acts of Beauty".

David has been playing classical piano as early as the age of five, and it wasn't until he turned 15 that he was asked to become professional by his piano teacher who had been with him 10 years. David had film projects and other interests and decided to quit his piano lessons. An obsession with film making replaced his piano lessons until he heard on the radio The Moody Blues' song "Land of Make Believe". David was intrigued by the style of the track with its juxtaposition of flute, guitar, melodies and mellotron. He bought "Seventh Sojourn" and "Blue Jays" albums and began to write his own music in a similar style. He was awarded a degree in film with honours and became a freelance producer and director for production companies in LA. Occasionally David was able to create soundtrack music to films and here is where his musical interest flourished. His theme for the Kris Kristofferson motion picture "The Joyriders" would became EMI's single release from the movie's soundtrack album.

David recorded some demos including his first "Words and Whispers" with lyrics by Ed Metcalf. This led to a number of studio works with well known pop entities such as The Captain and Tennille. David was able to record three high quality demos of his own work, however disco and punk had shovelled prog under the carpet, and the industry was not ready for David's progressive music.

David continued to record independently as lead vocalist and keyboardist/composer/producer and eventually recorded a symphonic prog album "Tales of Heroes and Lovers" during the turbulent 80s, when prog was swallowed up by the onslaught of new wave and electronica. David produced and directed a comedic music video for "It's Driving Me Crazy" from the new album, complete with the surrealist imagery of floating cats, sea creatures swilling beer, girls falling over cliffs, and an attractive girl putting suntan lotion on a monster. MTV picked it up and played it often giving David the exposure he so desired at last.

The video attracted the attention of Three Dog Night who became interested in David's film making and requested he work on the video for Three Dog Night's "A Shot In The Dark" as writer and director. The video was a success for the band and David was gaining some notoriety. David had the opportunity to record with Influence, a local band featuring guitarist Jeff Burton.
Pasha/CBS Records was aware of "Tales of Heroes and Lovers" and requested David to record a new album. David teamed with Australian singer Chris Lloyds under the name Plan B for this latest release, however after recording an album worth of tracks the project was shelved.

During the early 90's David collaborated with singer William Drews to release an independent album "It's Not Too Late". In 1996 David began his association with Camel Productions, that led to the producing and directing of Camel DVDs including "Coming of Age", "Curriculum Vitae", and "The Opening Farewell". This collaboration sparked a lasting friendship with Camel guitarist and visionary Andy Latimer. Seven Camel DVDs were produced by David in total.

In 2009 David, with the encouragement of Andy Latimer, recorded his new album "Random Acts of Beauty", with David on keyboards (grand piano, harpsichord, mellotron, moog, and orchestrations), 12 string acoustic guitars, bass, and lead vocals. He was joined by his son Justin on electric lead and rhythm guitars, and a special guest artist who appears as guitarist on "Masquerade", Andy Latimer himself.

David describes the album as, "lush, symphonic, melancholic, melodic, classically-tinged progressive rock". Justin Hayward of The Moody Blues, David's initial muse and inspiration, even commented on this stating, "the guitar solo sound is fabulous and it's very Moody... I'm sure it will be a great album for David."

The music focuses on lush keyboard orchestrations, soaring melodies and extended length compositions with an emphasis on classically influenced symphonic prog rock. David's music is inspired by the likes of early Genesis, Yes, Jethro Tull, melodic Pink Floyd, early King Crimson, Renaissance, Strawbs, Barclay James Harvest as a four piece, and of course Camel. There's a strong prominence of mellotron in addition to harpsichord, which adds a medieval flavour. On top of all this, the soaring lead work of Justin Minasian and Andy Latimer on "Random Acts of Beauty" is the icing on the cake to one of the most innovative artists of recent years: David Minasian.

The Sound Of Dreams

Tales Of Heroes And Lovers (Vinyl)