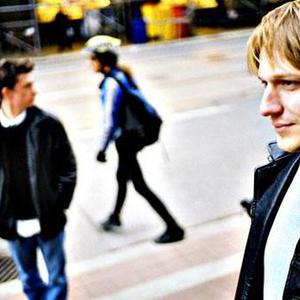 Four80East grew out of Boomtang Record's in house studio, The Speed of Sound. In fact the name for the group came from the studio's address - 480 Richmond Street East, in downtown Toronto. What Rob DeBoer and Tony Grace started in 1997 as a much needed musical break from their formidable dance/radio remix roster, ended 1998 as a top 20 album and top 5 single, "Eastside", at NAC/Smooth Jazz at US radio.

The strong sales of their debut "The Album" fostered two more records on the Higher Octave label, namely "Nocturnal" in 2001 and "Round Three" in 2003. Both records garnered critical acclaim with Nocturnal making JazzTimes' Top 50 albums of 2001. With "Round Three", the boys took the show on the road with their live debut at the Catalina Jazz Festival in 2003.
They finally released their fourth album entitled "En Route" this past April on Native Language Music (out of California). Although it's only been out a week its already debuted at #16 on Billboard's Contemporary Jazz chart and #10 on iTunes Canada.
They will be playing at the 2007 Catalina Island Jazz festival.
Their music, including samples from the new record "En Route", can be heard at the group's website - www.four80east.com

Four On The Floor