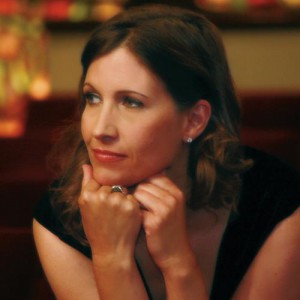 There is an organic quality to Anne Trenning's music that derives from her love of nature and the world around us. She has a deep respect for rural lifestyles. She believes strongly in the importance of family and tradition. History is another fascination, reflected by her penchant for antiques and old homes. Her love for the past also is evident in the traditional sounds of acoustic instruments found throughout her recordings.

Anne, who is an avid reader of all genres of literature, feels strongly about passing on knowledge. When not writing, recording, or performing, she teaches piano performance.

Trenning lives in Charlotte, North Carolina. She was raised in the Chicago suburb of Barrington, Illinois, where she began playing the organ at age seven. She remembers ?learning lots of sheet music from the Big Band era.? When she was 12, Trenning shifted her focus to playing piano. Church and choir also shaped her earliest musical memories. Her father encouraged practicing and a love of four-part harmony by paying her a dollar for every hymn she learned to play from a Presbyterian hymnal passed down from her grandmother. ?My entrepreneurial spirit insured that I learned to play most of the songs in that well-worn, treasured family collection.?

Anne has always loved varied and diverse musical forms. Her early classical studies led her to appreciate Bach, Beethoven, Brahms, Debussy and Chopin. At the same time, she always loved listening to ?just about anything on the radio.? A teenager in the eighties, she found herself drawn to classic rock and pop music from the previous decade, including Crosby Stills Nash and Young, James Taylor, Cat Stevens, Steely Dan, The Guess Who, Elton John, The Allman Brothers, and Dan Fogelberg. Trenning attended Converse College in Spartanburg, South Carolina on a music scholarship, and earned a Bachelor of Arts Degree in Music and History. In college, her classical studies expanded, and she became a fan of Mendelssohn, Scarlatti, and Ravel. Simultaneously, she explored country, folk, and new age music, and was especially inspired when she discovered the music of George Winston. Other artists of influence were Joni Mitchell, Stevie Ray Vaughn, Bonnie Raitt, and Emmylou Harris. In more recent years, Trenning's musical tastes have continued to expand to include other new age musicians such as Suzanne Ciani, David Lanz and Jim Brickman. Jazz and Americana are newer interests, as well as traditional folk music by artists that include Jay Ungar and Molly Mason.

After college and three-months of traveling in Europe, Anne moved to Charlotte, North Carolina. Her musical career took a dramatic turn when she began composing music. ?I didn't even own a piano in the immediate years following my graduation from college, but after I purchased my first home, I inherited the family piano. After years of taking lessons, I suddenly found myself sitting at the piano without a set goal for my practicing. That's when I began experimenting and creating my own music.? Soon Trenning made a demo tape that was heard by best-selling new age artist David Lanz, who said he liked her style, and gave her welcome encouragement. Anne then recorded her debut album Suite Tea. ?The title is a tongue-in-cheek nod to years of classical studies, and my whole-hearted embrace of the refreshing Southern tradition of sitting back and enjoying a cool glass of sweetened iced tea.? The recording was produced by GRAMMY-nominated and DOVE Award-recipient Dave Moody. She followed that CD with the Top 5 airplay album All One World. Her third recording, Watching for Rain, continues to showcase carefully arranged material for piano-led acoustic ensembles.