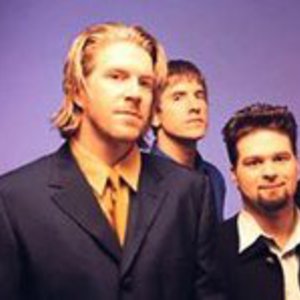 Moore was born in Michigan in 1961. He began singing while he was at Taylor University, when he stood in for the lead singer of his roommate's band. Newly married, he moved to Nashville soon after college. He was able to break into the music industry with the assistance of Michael W. Smith, when the two met in the clothing store where Moore worked. He signed a publishing contract with Paragon Music and sang on demo recordings for extra money.

During the mid-1980s, Moore recorded three albums released on the Power Discs label, including Where are the Other Nine?, Over the Edge and The Distance. When he was signed to Sparrow in 1987, he decided to put together a backing band to continue with his career. He did so and called the band The Distance.

A Place To Stand