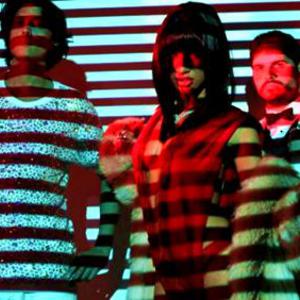 Formed in 2008, Jessica 6 is a Brooklyn-based trio that pushes the boundaries of nu-disco and R&B. ?It all started when Nomi brought over a kick-pattern and a song she'd written called ?Fun Girl',? recalls Jessica 6 bassist Andrew Raposo of the band's conception. Ruiz (the band's front woman), Raposo and Morgan Wiley, Jessica 6's keys and synth master, originally met while performing with Hercules and Love Affair. ?We were enjoying listening to each other's music beyond Hercules.

What started as playful, improvised studio sessions soon turned into a tight sound none of the three musicians could ignore. Ruiz, who had been contemplating another solo album, soon realized, along with Raposo and Wiley, that the three were best matched as band. ?It's kind of like Fleetwood Mac,? Ruiz says of the energy and extreme connectedness shared by Jessica 6's members (sans the romantic warfare, of course). Raised in Sunset Park on the melodies of Janet and Michael Jackson, as well as the power anthems of Mary J. Blige, Ruiz immediately bonded with Wiley and Raposo over freestyle and underground hip-hop--nuances of which punctuate Jessica 6's debut LP.

A reduction of folk, Britney Spears circa ?Blackout,' Cuban-mafia fashion and the works of Dario Argento, Jessica 6 is a cross-pollination of various dark, campy and dramatic themes. ?We were staying up and watching a lot of horror movies about breaking taboos and the irreligious, while at the same time looking to sweet romances and high-camp,? Raposo says of the album's evolution. The band's moniker, of course, pays tribute to a lead character in the hyper-sexed cult-classic "Logan's Run." 'Jessica 6' is the film's rebellious heroine who flees from an authoritarian underground world in search of freedom and autonomy.

For the members of Jessica 6, this musical endeavor has been a similarly liberating experience. It is proof that, unlike a core belief held by the oppressive government in "Logan's Run," life does not in fact end at 30. Jessica 6 may bear all of the fresh, optimistic undertones of a recently conceived live act, but its members' respective industry experiences make for an especially mature sound and exceedingly tight live show. ?We developed our personal relationship live, on stage? Raposo says of the band's ties. ?Morgan and I have been playing together for over a decade, and Nomi was next to us every night with Hercules for over a hundred shows.? It's this familial likeness that not only lends the band's members the freedom to push boundaries and bounce inspiration off one another. It makes for an emotionally-charged and evocative live performance--Jessica 6 signatures which are not lost on the band's very personal premiere LP.