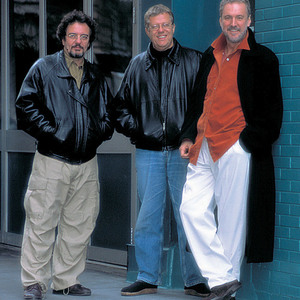 The Trio's critically acclaimed, multi-faceted debut recording Brazil from the Inside , with special guests Herbie Mann, Claudio Roditi, Joanne Brackeen and Maucha Adnet, received the "Indie" award for best album of the year. Trio da Paz followed that success with a daring and ambitious concept album, an exploration of the well-known themes from Black Orpheus, the soundtrack that set Brazilian music on a new course.

Their third release, Partido Out, is a riveting mix of spirited original compositions embracing the full spectrum of rhythms, fusing jazz and Brazilian music in a most fresh and exciting way. This CD won the Jazz Jornalists Association award of "The best brasilian jazz album of the year" in 2002.

Trio da Paz received this accolade from critic Howard Mandel "If North Americans hadn't invented jazz, then surely Brazilians such as the three talented young men (in Trio da Paz) would have invented something like it."