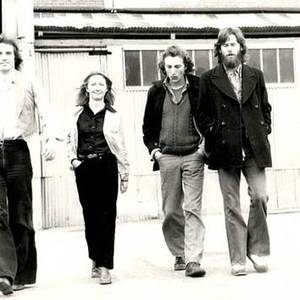 Redgum was an Australian folk and political music group formed in Adelaide in 1975 by singer-songwriter John Schumann, Michael Atkinson on guitars/vocals and Verity Truman on flute/vocals; they were soon joined by Chris Timms on violin. All four had been students at Flinders University and together developed an intensely passionate and outspoken outlook. They are known for their protest song exploring the impact of war in 1983's "I Was Only Nineteen (A Walk in the Light Green)", which peaked at #1 on the National singles charts.

The song is in the Australasian Performing Right Association (APRA) list of Top 30 of All Time Best Australian Songs created in 2001.

Redgum also covered Australian consumer influences on surrounding nations in 1984's "I've Been To Bali Too", both hit singles were written by Schumann. "The Diamantina Drover", written by Timms replacement, violinist/vocalist Hugh McDonald and "Poor Ned", written by Trevor Lucas of Fairport Convention, are examples of their bush songs. Lucas produced their best performed album, the June 1983 live LP Caught in the Act, which peaked at #3 on the National albums chart.
Schumann left the band and pursued a solo career from 1986, Atkinson left in 1987 and Redgum finally disbanded in 1990.

Since 2005 Schumann and McDonald have been performing together again as part of John Schumann and the Vagabond Crew.

Redgum were formed in 1975 when three students at Flinders University, John Schumann, Michael Atkinson (not the future Labor politician of the same name) and Verity Truman, collaborated for a musical assessment piece for their Politics and Art course. The trio quickly gained fame around the University community for their forthright songs, and by 1976 had been joined by violinist Chris Timms who had previously attended Flinders University. The group were soon in demand for parties, pubs and rallies throughout South Australia and Victoria. Initially a part-time band, performing weekends and school holidays (two members were teachers), it was only after they released their second album, Virgin Ground (late 1980), to strong sales and critical acclaim, that the group became full-time and started touring nationally.
[edit] Music

On the first album, If You Don't Fight You Lose (1978) Redgum showed it was one of the few Australian bands prepared to tackle domestic politics and culture. "One More Boring Night in Adelaide" for some will remain, despite some of its dated references, a classic analysis of Australian provincial parochialism. The group's success continued to grow with the release of their next three albums, Virgin Ground, Brown Rice and Kerosene (1981) and the EP Cut to the Quick (September 1982), and they weathered several line-up changes including the addition of a didgeridoo and the replacement of Timms in May 1982 with Hugh McDonald, among others. They released a songbook The Redgum Songbook: Stubborn Words, Flagrant Vices (1981).

Collaboration with influential Australian folk producer Trevor Lucas (from UK folk group Fairport Convention) brought the high-point of their career - the live LP Caught in the Act was released in June 1983 and "I Was Only Nineteen" aka "A Walk in the Light Green" (March 1983) hit number one on the Australian singles chart. The song precipitated a Royal Commission into the use and effects of chemical agents in the Vietnam War by the Australian military. The album included "The Diamantina Drover" and "The Last Frontier" which are indicative of their folk music style.

The band released their next LP, Frontline (August 1984) with its single "I've Been to Bali Too", and started touring folk venues in the UK and Europe with some success. Late in 1985, Schumann announced that he had signed a solo deal with CBS Records and would be quitting. Redgum released one more album of new material, Midnight Sun (1986), and a last single "Roll it on Robbie" (1987) after which Atkinson left. The remaining members performed until 1990 before breaking up.

Caught In The Act