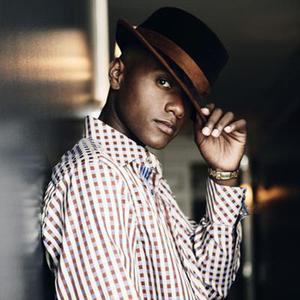 Javier Colon, also known as Javier, is an American singer/songwriter, born in Bridgeport, Connecticut, the son of a Dominican father and Puerto Rican mother. The Stitch By Stitch Songfacts states that beginning on April 26, 2011, Colon appeared as a contestant on the first season of NBC's reality talent show The Voice. After getting through to the final, Colon sung ?Stitch by Stitch,? then a cover of Michael Jackson?s "Man In The Mirror? with his coach Adam Levine. The following night Colon and Stevie Nicks performed Fleetwood Mac's "Landslide? together.

At the end of the show Colon was announced as the winner, receiving $100,000 in cash and a Universal Republic recording contract.

While pursuing a degree in music education from the University of Hartford's Hartt School of Music, Javier performed as vocalist and percussionist in EmcQ, a soul/funk band led by lead guitarist Ian McHugh. When EmcQ opened a show for the soul-jazz trio Soulive, the group's guitarist, Eric Krasno, was impressed by Javier's vocals and recommended him to his friend Derek Trucks, who he knew was looking for a lead vocalist for the Derek Trucks Band.Following his college graduation and a successful audition in July 2002, Javier joined the band in August 2002. After touring with the band for nearly two years, Javier, then 24 years old, left the band in April 2002 to pursue a solo career, having been signed by Capitol Records. He went on to release two albums with Capitol Records, the last in 2006.
Since parting ways with Capitol Records, Javier has performed with such diverse acts as Joss Stone, Darius Rucker, the Indigo Girls, and Anthony Hamilton, and recorded an EP on his own label, Javier Colon Music. In 2011, he appeared on the U.S. television show, The Voice. On stage, Javier's primary instruments are steel and nylon stringed acoustic guitars by Larriv?e (guitar company) and Taylor Guitars.[citation needed]

Come Through For You