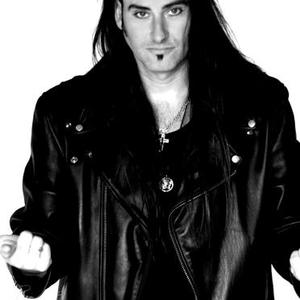 Lance King is world renowned in the underground as a melodic metal vocalist, singing on over 25 worldwide releases over the last 21 years. This fact is impressive in itself, but what is truly special about Lance is his ability to morph his voice to fit any mood and intensity of a song, he's proved this over the years by adding a very "special something" to every album he has been a part of. Said to have the golden touch, Lance's voice just seems to connect the dot's making head banging metal also into a good song.

On the last day of June, 2011 Lance decided to invite some of his musical friends to co-write songs with him as he ventured into his first solo album. An act of faith only knowing their work, never working with them before creating music. In just two months, those involved had created an epic masterpiece, quite a feat indeed based on the quality of this release.

In under three months, A MOMENT IN CHIROS was mixed and mastered and off to the presses, perhaps the fasted created music in history? This album was meant to be out by 11/11/11 and is destined to stand the test of time.

The album's concept is based on the 11:11 time prompt phenomena happening to over 75 million people around the world, Lance is one of these people, and has dived in deep to find more about what it's all about. This album is one man's journey as a seeker of truth looking for answers to the world's greatest mysteries.

Lance has chosen "Human Trafficking" (sex slavery), one of the fastest growing criminal activities worldwide as the charitable cause he would like to champion, profits from this album will go to efforts to abolish this slave trade worldwide through an organization called "NOT FOR SALE"!
http://www.notforsalecampaign.org/about/slavery/

A Moment In Chiros