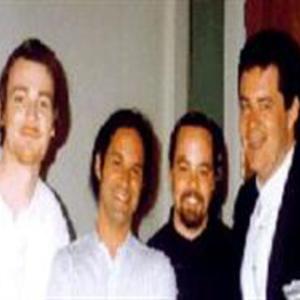 We could call LANDS END the first "aquatic progressive" band. The fact that they live on the shores of the Pacific Ocean seems like it has quite inspired these musicians and we find many allusions to the sea in their albums. Starting from rather simple neo Progressive rock, they built their own style made of energetic guitar assisted by keyboards, over which added vocals. Their music is very progressive, somewhere in the middle between Pink Floyd, Genesis and Yes, and the musicians don't hesitate to adventure themselves into long instrumental jams.

On their second release "Terra Serranum", the band mixes beautiful calm melodies with more uptempo progressive rock which allows the talents of Fred Hunter keyboards and Francisco on guitars to shine. "Drainage" is a compilation of live performances in California and Mexico between 1996-98. On "Natural Selection", they perform a lyrical and elaborated Progressive rock with refined and powerful melodies. This is a release of 74 minutes of pure quality music. Their music appeals to fans of The Moody Blues, Ritual, Steve Hackett and Pink Floyd.
--
www.progarchives.com