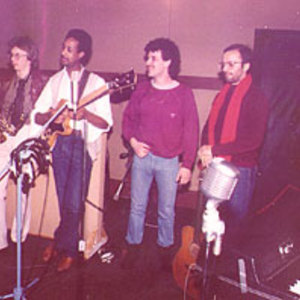 Aanother is a funk/pre-house/soul group, the third a progressive metal band from Germany, the fourth is a death metal band from Mumbai (India) and the last is an downtempo/instrumental/beat maker from the USA.

1. Atmosfear is a melodic metalcore band from Sweden. They released a new EP in 2011 called
Forgotten Destroyed Deleted.
www.myspace.com/atmosfearsweden

2. Atmosfear were a UK jazz funk band formed in 1979. They consisted of bassist, and keyboardist Lester J. Batchelor, drummer Ray Johnson, guitarist Andy Sojka, saxophonist Stewart Cawthorne, and producer Jerry Pike. A year later singer and guitarist Tony Antoniou joined the main line up. Regular support musician / members of the band were keyboardist Peter Hinds, who has also been a member of UK jazz-funk pioneers Light Of The World and Incognito, and percussionist Leroy Williams, a member of UK soul band Hi-Tension and who also played with Level-42. They were sometimes joined by horn man Alan Rapoport, Frank Roccoti, Carol Kenyon, and Rick Dejong.

Their most notable release was Dancing In Outer Space, which reached the Top 50 of the UK Singles Chart in 1979. Another double A-side single followed called Motivation / Extract which also charted in the lower regions of the UK singles chart. This track also became Radio One DJ - Pete Tong's club track of the year when it was released where Pete spun the discs at a club close to Brands Hatch.

Following a major disagreement with Andy Sojka the main group line up changed completely when Bassist Lester Batchelor left soon after the release of the single Xtra Special which he penned - featuring one of the UK's most renowned back ground singers Beverly Skeete. At the time there were two releases of Xtra special out at the same time - this was the cause for the split. The second version recorded in the USA was sung by Dollette McDonald then a member ex Police front man Sting's band . The new band members never quite captured the meteoric success of the original musicians. However even today the clubs and discos all over the world are still playing various mixes and re-mix versions of the original Atmosfear songs.

3. In the autumn of 1996 drummer Olaf Sorgenfrei, bassist Burkhart Heberle (both of former band Coloured Dreams) and guitarist Boris Stepanow (of former band Into Neverland) decided to create an independent progressive rock project in which everyone is able to fullfil his very own demands on music. Within some time singer OLIVER WULFF and pianist STEPHAN KRUSE ( both of former band YAWP!) joined this Project to perfection.

AtmOsfear is born. In spring of 1997 the band recorded their first 3-track-Promo-CD, simply named "AtmOsfear". The character and style of AtmOsfear could not better be focused than in these 3-tracks.

From then on the bands aim is to perform their 2 1/2 hour repertoire in every location and club, playing with nands such as Poverty's No Crime, Charisma(Ivanhoe),Vanden Plas, appearining at the Headway Festival ( with Pain of Salvation, Freak Kitchen,Bumblefoot, sun caged, Loch Vostock, etc.) and recently-Evergey. Their latest release was the "Inside the Atmosphere" album.

4. Atmosfear, is also a Death metal band from Mumbai India, The band's music is hugely influenced by Six Feet Under, Napalm Death, Deicide, Carcass, Slayer, Cannibal Corpse and other such extreme metal bands. The constant line up changes in the band forced the band to remain inactive for longer duration also fulltime jobs of the members effected them a lot. Now with a stable line up, the band has made a mark in the local metal scene and are roaring for more gigs and shows across the country.