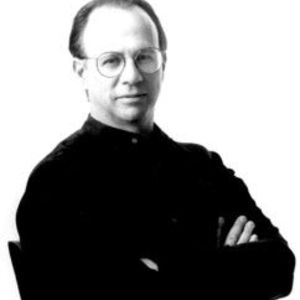 Mike Post (born Leland Michael Postil on September 29, 1945) is a Grammy and Emmy award-winning composer of music and theme songs for many of the most popular TV dramas first shown in the United States. He was born in Los Angeles, California. He won his first Grammy at age 23 for Best Instrumental Arrangement on Mason Williams' "Classical Gas". One of his first TV jobs started when he was 24, as the musical director on The Andy Williams Show.

He won his first Grammy at age 23 for Best Instrumental Arrangement on Mason Williams' "Classical Gas". One of his first TV jobs started when he was 24, as the musical director on The Andy Williams Show. Another early job was writing music, including the theme for the series Toma, but his big break-through (together with co-composer Pete Carpenter) came with his theme song for The Rockford Files, another series by producer Stephen J. Cannell; the theme also got cross-over Top 40 radio airplay.

He also worked with Kenny Rogers in the 1960s and produced the first three albums he recorded with his country/rock group The First Edition. Post also produced Dolly Parton's hit album 9 to 5 and Odd Jobs in 1981.

He won an Emmy for the theme to Murder One, and had previously been nominated for NYPD Blue, among others. He has won BMI Awards for the music for L.A. Law, Hunter, and the various Law & Order series.

The Who's Pete Townshend wrote a song called "Mike Post Theme", taken from their comeback album Endless Wire, released in 2006. Townshend has said that the song takes inspiration from Post's theme for Hill Street Blues. The sound of British electronic indie act The Go! Team is largely inspired by Post's action theme music, including the Magnum, P.I. theme.

His 1994 CD, Inventions from the Blue Line (see illustration) contains several of his best known cop-show themes as of then, featuring NYPD Blue and also including Law & Order, Silk Stalkings and Renegade. In the liner notes, he discusses his late father, Sam Postil, and the admiration for law enforcement officers that Sam instilled in Mike.