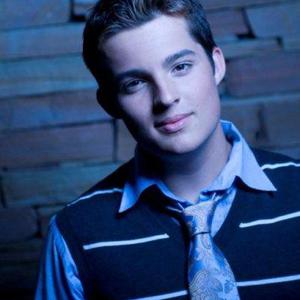 He may only be 15 years old, but Christian recording artist Robert Pierre has spent the last year calling out to his generation and beyond with a message of hope, encouragement and salvation. It's a bold undertaking, especially for someone so young, but through each step of his journey, the hand of providence has opened one door after another beyond anyone's wildest dreams. Robert has been singing around his house since he was a toddler, joined his first choir by age five and has participated in his church's annual Christmas pageant "The Singing Christmas Trees" in front of over 50...

Robert has been singing around his house since he was a toddler, joined his first choir by age five and has participated in his church's annual Christmas pageant "The Singing Christmas Trees" in front of over 50,000 parishioners. However, the path to his debut CD Inside Out, which was released November 7, 2006 on thinkaboutit records, actually began at age 13 when his family decided to take advantage of his talents to make a unique Christmas gift.

"It was just before Christmas, and we decided to make a CD of three songs to put in the Christmas cards my family was sending out," says Robert. "Then, our local Christian radio station started playing it." With no promotional push behind it, what started as local airplay for Robert's cover of the Christmas classic "We Three Kings" soon ballooned into hundreds of stations across the nation spinning the song throughout the 2005 holiday season.

Though it may not have been planned by Robert, it was clearly a God-ordained direction that impacted listeners all across the country. His parents were flooded with requests to purchase the project, but with Christmas only a few days away, they decided to put up a last-minute website and allowed fans to download the songs for free. Several thousand downloads later, the family began to pursue what it would take to record a full-length album in 2006.
With all that behind him...Robert now is ready to start new with a new album planned for a september 2008.