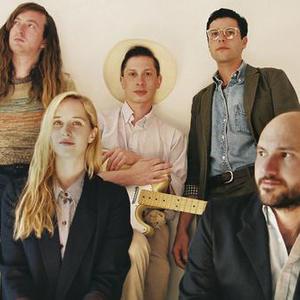 The eclectic San Francisco indie duo Dominant Legs features vocalist/guitarist Ryan Lynch and keyboardist/vocalist Hannah Hunt. Lynch, also the guitarist for Girls, began writing songs when he was fired from his job as an office assistant. He met Hunt through mutual friends, and the pair started playing together after she returned from her architecture studies in New York. They crafted a sound spanning cheery synth pop, folk, and electro-acoustic reveries, evoking artists such as Neon Indian at one moment and Arthur Russell the next.

After signing to Lefse Records, Dominant Legs released their debut EP, Young at Love and Life, in August 2010.