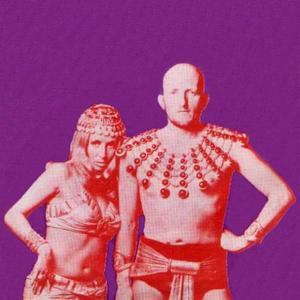 Ramases was the creation and alter-ego of Martin Raphael (sometimes known as Barrington Frost), born in Sheffield, UK. Formerly an army PT instructor, whilst involved in a central heating business in Scotland, was inspired to assume the mantle of the Egyptian Pharaoh of whom he believed himself a reincarnation, and take up a musical career. Early singles (recorded with his wife, Dorthy Frost aka Selket) failed to make any impact, Space Hymns was recorded at Strawberry Studios in Stockport with soon-to-be members of 10cc.

Glass Top Coffin was recorded following relocation to Felixstowe, and Ramases retired from the music business soon afterwards. He died in 1978 but his death was not widely reported in musical circles until the early 1990s.