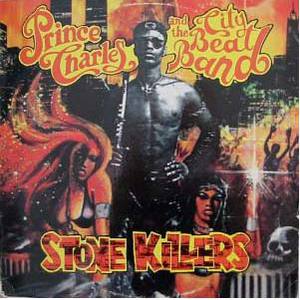 Prince Charles & The City Beat Band were a Boston based Funk outfit. They released their first LP "Gang War" in 1980. This was followed by two other releases, "Stone Killers" in 1982 and "Combat Zone" in 1984. They released four 12" singles which saw little success in the USA but had club hits in Europe with the tracks "Cash (Cash Money)" and "Beat the Bush". These tracks feature deep sub-woofer shaking bass, P-Funk influenced grooves, Lyricon synth laden treble and funky Catfish Collins style guitar.

Prince Charles & The City Beat Band was one of the last true funk groups before Hip Hop completely took over the urban air waves of the US east coast in the early 1980's.

Prince Charles (aka Charles Alexander) is currently an Associate Professor in the Music Production and Engineering Department at Berklee College of Music in Boston and an Adjunct Instructor at NYU's Clive Davis Department of Recorded Music where he teaches Music Production.