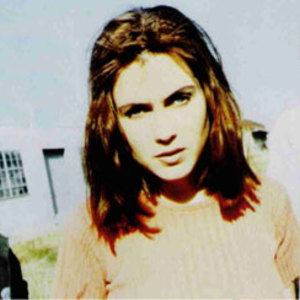 Juliana Hatfield (born July 27, 1967 in Wiscasset, Maine, United States), is an American guitarist/singer-songwriter from the Boston area, formerly of the indie rock band Blake Babies. Contents The daughter of The Boston Globe fashion critic Julie Hatfield, Juliana grew up in the Boston suburb of Duxbury. She acquired a love of rock music during the 1970s, having been introduced by a babysitter to the music of the seminal Los Angeles punk rock band X, which proved a life-changing experience [1].

The daughter of The Boston Globe fashion critic Julie Hatfield, Juliana grew up in the Boston suburb of Duxbury. She acquired a love of rock music during the 1970s, having been introduced by a babysitter to the music of the seminal Los Angeles punk rock band X, which proved a life-changing experience [1]. She was also attracted to the music of more mainstream artists like Olivia Newton-John [2] and The Police [3], perhaps explaining the dialectic in her later music between sweet, melodic "pop" songs and more hard rock oriented material. Visualizing herself as a singer since her high school years, Hatfield sang in school choirs and briefly played in a cover band called The Squids, which played Queen and Rush songs [4].

Following her graduation from Duxbury High School, where she was voted "Most Individualistic" [5], Hatfield attended Boston University for a semester. She then transferred as a piano student to the Berklee College of Music in Boston, in the hope of finding a band with which to sing [6]. There she soon met Freda Boner (now Freda Love) and John Strohm, forming the Blake Babies with them in 1986, at the age of 19. The band, with which she sang and played bass guitar (as well as some guitar and piano), was signed to North Carolina's Mammoth Records and received a fair amount of airplay on college radio through the early 1990s. The group toured the United States several times, performed in Europe, and made several music videos. Hatfield eventually earned a degree in songwriting from Berklee.

Although Hatfield shared vocal duties with Strohm in the group, she quickly stood out due to her unique vocal quality; her somewhat thin, girlish voice gave the group a youthful, innocent sound that was nevertheless belied by often-caustic lyrics and a vocal delivery punctuated frequently by harsh, distorted screams (in live performances more so than on recordings). Although the group's early work was essentially punk-oriented, they quickly settled into a sunny, melodic, and slightly jangly pop style reminiscent in style of early R.E.M. and Neil Young. Hatfield and Strohm shared songwriting credits and often sang together in harmony or octaves, creating a memorable "boy-girl" sound rarely encountered in rock (except in the work of X and a few later indie bands as Hazel, Velocity Girl, Low, Mates of State, and Rainer Maria).

Hatfield began her solo career following the Blake Babies' breakup in 1991, releasing her first solo album (Hey Babe) in 1992 and achieving minor stardom with the release of 1993's Become What You Are (recorded under the group name The Juliana Hatfield Three). Several songs from the album received regular airplay on major North American rock stations, and one of her songs ("Spin the Bottle") was used in the soundtrack of the Hollywood film Reality Bites (1994). In retrospect, it can be seen that Hatfield's popularity was part of a greater trend in the mid-1990s of increased interest in female rock artists (with Liz Phair, P J Harvey, Belly, Letters to Cleo, Velocity Girl, The Breeders, Hole, Veruca Salt, Poe, Throwing Muses, Magnapop, Bettie Serveert, and others also rising to prominence during this period). Although she has always maintained that her gender is of only incidental importance to her music, Hatfield was pleased to have been invited, in 1997, to tour with the first Lilith Fair, a prominent all-female rock festival founded by singer Sarah McLachlan.[7] Hatfield was profiled in a number of girls' magazines at this time and was embraced by many pre-teen and teenage girls as a role model due to the positive way she addressed serious issues faced by young women in her songs and interviews. She gained notoriety in 1992 for claiming to still be a virgin in her mid-twenties in Interview magazine.

In 1996 she traveled to Woodstock, New York where she recorded tracks for God's Foot, which was to be her fourth solo album (third if not counting Become What You Are, which was recorded with the Juliana Hatfield Three), intended for 1997 release. Containing some of Hatfield's finest work to date, the album was unfortunately put on indefinite hold by her record company due to a disagreement with Hatfield. Only substandard bootleg versions of these songs (which do not meet Hatfield's approval) have surfaced and she has rarely featured them in her subsequent live performances.

In 2005, Hatfield released the album Made in China on her own new record label, Ye Olde Records. In contrast to 2004's In Exile Deo, the album is louder, rawer, and provocative [8]. John Doe of the band X, described the disc as "A frighteningly dark & beautiful record filled w/ stark, angular, truly brutal songs & guitars. This is surely a 'Woman Under the Influence', though I'm not sure of what"[9].

In December 2005 Hatfield toured the United States with the band X, whom she idolized during her teenage years.

From her work with the Blake Babies to the present, Hatfield's output has been characterized by an alternation between heavy, rocking tunes and songs written in a gentler, more melodic or folk-oriented style. Hatfield has stated that in the 1990s she tried smoking cigarettes for a short time in the hope of giving her voice a rougher quality, but eventually reconciled herself with her distinctive vocal instrument [10]. A survey of her releases shows her voice to be remarkably agile, with little vibrato but capable of both forcefulness and sensitivity, making it well suited to the multitracked vocal harmonies that feature prominently on most of her albums. Some critics would say necessitated, rather than "well suited", however. Christina Kelly wrote in Sassy Magazine that Hatfield's frail girlish voice "gives hope to everyone trying to sing."

Hatfield's musical influences are diverse, ranging from punk groups like X, The Stooges, the MC5, and The Replacements to more folk-oriented rock artists like Neil Young, whose songs the Blake Babies frequently covered in live shows. Her work has also cross-fertilized with some other contemporaneous indie rock bands such as Dinosaur Jr and Lemonheads, whose musicians are also friends of Hatfield's. From an early age, she has also had a special love for pretty-sounding pop music. In a 1998 interview, she stated, "I just always liked pop music and really good melodies and major chords. That's just the type of music that comes naturally to me" [11]. Her enthusiasm for the music of the pop group Wilson Phillips apparently led, at least in part, to the breakup of the Blake Babies [12].

Hatfield has been based in the northeastern United States for most of her life, although she tried living for a short time (1999) in Los Angeles, an experience that left her disenchanted with that city's scene, which she found artificial and soulless.

Although Hatfield's lyrics are often autobiographical, some listeners have sometimes mistakenly interpreted fictional songs as representing her own experience. Her "My Sister"--one of her best known songs--is not about a real sister; Hatfield does not, in fact, have one. The song, however, comes across as convincing because other details (including the mention of her first rock concert, featuring the Violent Femmes and the The Del Fuegos) are real events from her life. A recurrent theme in her songs has been a skewering of figures in society that she finds ridiculous: self-important men ("I'm Not Your Mother"), groupies ("Rider"), fashion models ("Supermodel"), and men who make tragic fashion choices ("Leather Pants"). Other songs have dealt with more serious issues such as body image ("Ugly" and "Feed Me") as well as the failure to connect fully with other people or achieve meaningful and lasting relationships ("How Would You Know" and "Perfection"). A few songs ("Let's Blow it All," "Give Me Some of That") are more lighthearted in tone. Since the mid-1990s several songs have dealt in a more or less overtly sarcastic way with the demands the music industry places on artists (particularly female ones) in order to ensure their "success."

Although much of Hatfield's output is exuberant and hard-rocking, Hatfield nonetheless describes herself as very shy and somewhat of a loner [13], and has said that "happy lyrics don't come naturally to me" [14]. She has also described her music and songwriting as a form of therapy, an outlet that helps her to overcome rough periods and depression [15].

The guitar (both electric and acoustic) is Hatfield's primary instrument, and she is a highly proficient technician, her work often featuring alternate tunings and intricate, unusual voicings executed high up on the neck. She has not received as much acknowledgement for her imaginative bass playing, which can be best heard on the Blake Babies albums Earwig and Sunburn as well as throughout the Lemonheads' It's A Shame About Ray. Unusually for the instrument, she plays melodically and harmonically rather than simply holding down a bass line; she often plays on two strings simultaneously, using expressive sliding tones on the upper string to add another melodic voice to the group's sound. Since her work with the Blake Babies she has gravitated more towards the guitar and has largely lost interest in the bass, generally assigning parts for the instrument to other band members, and not playing as melodically when overdubbing with it in recordings. She has periodically also played piano, electric piano, and organ on her releases, and on her most recent disc, Made in China (2005), she played drums for the first time.

Hatfield has also performed with the Lemonheads, even living for a time with Evan Dando in the college student ghetto neighborhood of Allston in Boston, and contributed backing vocals to recordings by Belly, Giant Sand, Susanna Hoffs, Aimee Mann, and Mary Lou Lord. In 2001, she joined with Freda Love and Heidi Gluck (of The Pieces) to form the trio Some Girls, with which she performs in addition to her solo work; the group has toured the United States twice and has released two albums. The trio is another outlet for Hatfield's more lighthearted material; "Necessito" is a funky affirmation of the power of music, sung in a mixture of English and Spanish. Some Girls' second album, Crushing Love, was released in July 2006.

Her collaboration with Belly broke her heart -- that group's singer, Tanya Donelly, ended up marrying former Juliana Hatfield Three bassist Dean Fisher. Juliana had stated that she had a huge unrequited crush on him throughout their high school years.

Become What You Are