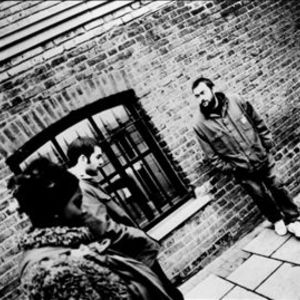 Skye Edwards (aka Skye - the result of taking the first letter of each of word in her born name), is a British singer (b. Shirley Klarisse Yonavive Edwards, 1974 in south east London). Until 2003, she was and again is, the lead singer of the band Morcheeba. She sang on two charity collaborations, Perfect Day (1997, in aid of 'BBC Children in Need') & Band Aid 20 (2004, in aid of famine relief in Sudan, Africa).

Upon leaving Morcheeba, Edwards was replaced, as vocalist, by Daisy Martey (formerly of noonday underground). She did not tour with the band following the release of their first album with her, The Antidote (her place being taken by Jody Sternberg.)

Edwards was signed to Atlantic Records UK. Her d?but solo album, Mind How You Go was released on February 27th, 2006. In 2009, she released a solo album, Keeping Secrets (Skywards Recordings).

Following on from her critically acclaimed d?but, Mind How You Go, Skye, former Morcheeba singer often dubbed as the 'Queen of Trip-Hop' with the voice that is 'honey coated' releases her eagerly anticipated 2nd solo album, Keeping Secrets. 'Mind how you go came out in 2006' says Skye. 'I toured Europe doing my own shows and some headline festival slots,?I also did shows in America and Canada. At the start of 2007, in between the live shows, I started writing new songs. It wasn't like I sat down and said this is for my 2nd solo record so it was pretty relaxed, no pressure.'

Along with writing partner Steve Gordon, Skye started writing with guitarist John Robertson from her live band. 'We would meet up every now and then and just write for the fun of it.' ?Skye also collaborated with song writer Lauren Christy and re-connected with, the now LA based Gary Clark, with whom she wrote Love Show, her most well known track from Mind How You Go. It was featured on the award winning TV series Greys Anatomy and after being placed in a pivotal scene, reached number one on iTunes. Love Show saw high rotation in many of the European territories. 'I'm told it was the eighth most played song in Italy' excites Skye 'along with Madonna's Sorry and Crazy by Gnarls Barclay.'

When it came to recording Keeping Secrets, Skye enlisted the help of two talented producers. Alexis Smith who, before going it alone, worked with producer Marius De Vries, programming on records for the likes of Rufus Wainwright and Bebel Gilberto. And Ivor Guest, producer of the latest Grace Jones album, 'Hurricane' and music composer of the Oscar winning documentary, Taxi To The Dark Side.?'I initially started recording with the intention of getting a record deal half-way through, but then thought "If we've recorded five songs, why not record the rest" It's been a real eye opener! And I've been amazed at how much can be achieved without a record company.'

From the edgy pop of 'Almost Killed Me', to the?tenebrific paranoia of 'Monsters Demons', these new recordings will be a special treat for fans. Here is an album that is moving, evocative and prepossessing.? And where Skye's first album took on a more autobiographical tone, Keeping Secrets echoes her seductive personality with the stories that she tells. ?

'I can't help but be inspired by my surroundings and write from my own experiences' says Skye 'But this time I wanted some of the songs to be less about me.' ?We hear that on tracks like the spine-tingling 'Wrong Alright ' with it's swampy, noir undertones or the sensuous, 'Boo Hoo', which is bereft one moment and somehow uplifting the next. Keeping Secrets is at once achingly gorgeous, and offers pockets of darkness with prodigious song-writing and lucullan arrangements that help frame Skye's heavenly vocals.

Skye has been touring in advance of her album release, playing new songs including the lead track 'I Believe', another collaboration with U2 producer,? Daniel Lanois. Her live performances are always captivating and surprisingly intimate, even in front of large crowds. 'I feel that I can really connect with the listener because they are right there in front of me.' Says Skye. 'I love to sing to them, look them straight in the eye.' ?Her subtle, East End pronunciation is part of her distinctive singing syntax but Skye is proving to be more than just a beautiful voice. She is a songwriter who is able to work her words and melodic gifts into an array of musical moods.?

Mind How You Go