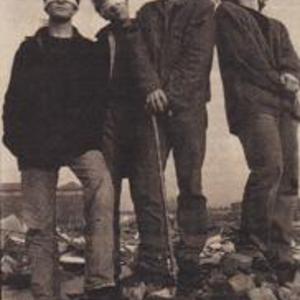 Presumably taking their name from the first two songs on Talking Heads' Naked and jokingly referred to as the Jethro Tull of shoegazing for their frequent use of flute, Blind Mr. Jones formed in the early '90s in Marlow, England, quickly becoming regarded as a young band to keep an eye on. Guitarist James Franklin, guitarist/vocalist Richard Moore, flautist Jon Tegner, bassist/vocalist Will Teversham, and drummer Jon White comprised the band, starting out privately in their teens by aping bands like the Wedding Present.

They eventually developed their sound to fit in line with shoegaze bands like Ride and Slowdive, and with a demo won the attention of the Cherry Red label, who eventually signed them.

Over My Head - The Complete Recordings CD2

Over My Head - The Complete Recordings CD1