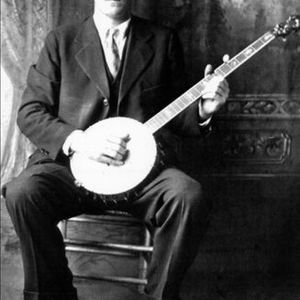 Moran Lee "Dock" Boggs (February 7, 1898?February 7, 1971) was an influential old-time singer, songwriter and banjo player. His style of play, as well as his singing, is considered a unique combination of old-time Appalachian mountain music and the blues. Boggs is deemed by contemporary old-time musicians and performers as a seminal figure in old-time music, at least in part because of the appearance of two of his recordings from the 1920s, "Sugar Baby" and "Country Blues", on the influential Anthology of American Folk Music collection.

Boggs was born in Norton, Virginia and began working in the coal mines of Appalachia at the age of twelve. At around this time, Boggs became interested in the banjo. As was the case of many musicians and performers of his era, Boggs learned to play the banjo watching and listening to family members and other performers, drawing additional influence from local African American musicians.

Boggs, while playing a traditional-style of play, did not play in the knock-down, sometimes called clawhammer or frailing style, instead employing a three-finger method that involved picking upwards on the strings of the banjo and permitted him to execute crisp single-note runs in a manner similar to that of a fingerstyle guitarist. Nevertheless, Boggs' style should not be confused with the bluegrass style of playing otherwise known as Scruggs style, made famous by Earl Scruggs, which also involves up-picking the banjo strings.

In 1920 Dock Boggs became influenced by blues tunes. He heard music played and sung by African-Americans while working in the coal mines and around the railroads of Appalachia. In 1927 he attended an audition in Bristol, Tennessee with the Brunswick record company. He was offered a contract to record with Brunswick and as a result travelled to New York where he recorded eight sides: "Sugar Baby," "Down Home Blues," "Country Blues," "Sammie Where Have You Been So Long," "Danville Girl," "Pretty Polly," "New Prisoner's Song" and "Hard Luck Blues." After these sessions, Boggs never recorded for Brunswick again.

By 1933, Boggs had given up hope of making a living as a musician. He hocked his banjo and did not play again until the early 1960s when he was re-discovered by Mike Seeger of the New Lost City Ramblers. As a result of his relationship with Seeger, Boggs enjoyed a renaissance of sorts during the Folk Revival, and recorded again.