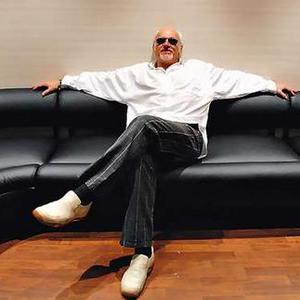 The Twelfth Man is the name for a series of comedy productions by Australian satirist Billy Birmingham. Birmingham, a skilled impersonator, is generally known for parodying Australian sports commentators' voices. As befits the name (a reference to the non-playing reserve in a cricket side), Birmingham particularly focuses on cricket commentators such as Richie Benaud, Bill Lawry and Tony Greig. This is also due to the fact that many of Australia's cricket commentators have distinctive and easily-identifiable voices and accents.

The parodies, released periodically on CD, are designed as a look "behind the scenes" of the Nine Network's cricket commentary. Birmingham traditionally plays all the roles with the exception of minor female characters, such as Richie Benaud's wife. Benaud himself is known to have a very low opinion of the recordings, due predominantly to Birmingham's use of profanity.

A highlight of the recordings is the cricket commentary itself, generally featuring wildly improbable match results - teams scoring 600 runs in a one-day international match, for example. Birmingham is noted for his creation of humorous names for players of other countries, particularly Sri Lanka and Pakistan. Some are designed as thinly-veiled references to the players themselves, such as the Pakistani bowlers "Wasee A-Crim" (Was He A Crim, a reference to Wasim Akram during the match-fixing controversy), "Hafeez Andmissin" (Half His Hand Missing, a parody of Azeem Hafeez who was born without two fingers on his right hand) and "Ahkeep Myteefina Jahbesidabed" (I Keep My Teeth In A Jar Beside The Bed, a reference to Aaqib Javed) and their captain "Ahbroke Meandad" (I Broke My Hand Dad, a reference to Javed Miandad, another is , "Javed Gemiteformeandad" - Jar Vegemite for me and dad) and the Sri Lankan batsman "Ramatunga Downathroata" (a reference to former Sri Lankan captain Arjuna Ranatunga). Others simply parody the general sound of Urdu or Sinhalese names.

The Very Best Of Richie CD2

The Very Best Of Richie CD1

Bill Lawry ... This is Your Life