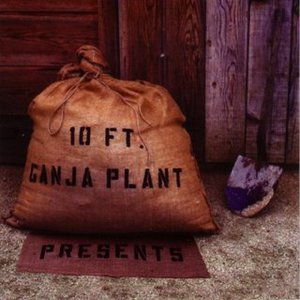 10 Ft. Ganja Plant albums never offer musician credits, but the group's identity is no secret: This is a side project by members of John Brown's Body, one of the finest roots reggae bands in America. Usually side projects represent something of a stylistic departure, but in the case of John Brown's Body, the variation sounds an awful lot like the theme - not that that's a bad thing by any means. What does seem to set 10 Ft.

Ganja Plant apart from its parent organization is an even greater emphasis on mystical, dubwise production textures and a tendency toward instrumentals rather than songs (though John Brown's Body singer Kevin Kinsella makes a number of appearances here).

Shake Up The Place