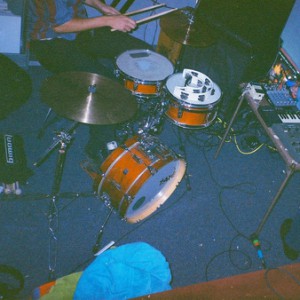 Wet Hair is Shawn Reed, Justin Thye, and Ryan Garbes, the two remaining members of Raccoo-oo-oon that stayed in Iowa City after the band's end. Reed also runs Night-People Records, which Garbes often contributes to. Wet Hair began as a solo outing for Reed in late 2007 during the final months of Raccoo-oo-oon, and after the release of a 12" EP and the Irifi Cassette Garbes was added on organ and live drums.

Wet Hair has evolved over time shifting the bands sound steadily towards a more refined pop sensibility. An experimental attitude and psychedelic atmosphere still prevails in Wet Hair's music and the core instrumentation of the band has largey stayed consitent throughout with Reed on vocals, synth, drum machine, + tapes and Garbes on live drums, + synth/organ.