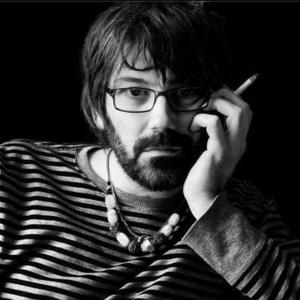 This is The Mostar Diving Club, a new project from the singer and song writer of Obi, Damian Katkhuda. Published by Chrysalis, The Mostar Diving Club is a fantastic and experimental band of multi instrumentalists not afraid to take on different styles and genres. The songs on their first offering, "Don Your Suit of Lights" were written in a woodland farmhouse in the south of France, isolated and tranquil, reflecting the mood of this charming debut solo album.

Produced by Will Worsley, who was responsible for much of Obi's early output (including the single "Somewhere Nicer," which was A-listed on Radio 2 and Virgin and led to several European tours and festival performances). The album travels through many musical genres and contains everything from large scale productions "Vagabonds and Clowns," to just a simple guitar and vocal recorded in the garden, "There Goes My Mind (Plastic Girls)." Recorder orchestras, violins with trumpet attachments, bowed saws, accordions, harmoniums, glockenspiels, banjos, auto harps, and ukuleles are just a few of the instruments that Damian and producer Will tackled during the making and recording of this highly eclectic album. The follow up album "Triumph of Hope" will be out soon and is what it says, a triumph. Of the many critics that have praised Damian's work, his albums have been described as "keys to the kingdom of lovely... an almost flawless example of up and downbeat folk pop story telling" in the Times. Mojo described "The Magic Land of Radio" as "utterly charming .... a melodic master-class", and metro said Diceman Lopez had "a sense of dreamy transportation to somewhere else. a lovely work." The online commentator In Your Speakers discribed "Don Your Suit of Lights" as "one of the most melodically perfect and stylistically diverse and altogether best albums " they had ever heard. The name, The Mostar Diving Club is taken from a town in Bosnia, where Damians fathers' family hail from; as a right of passage into adulthood, young men dive from an old bridge into a very shallow river below, a distance of some thirty meters, get it wrong and you are in serious trouble.
The album " Triumph Of Hope" is coming soon