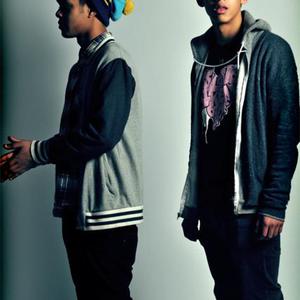 According to the Down With The Trumpets Songfacts, Rizzle Kicks is a British Hip-Hop/Pop duo comprising Jordan "Rizzle" and Harley "Sylvester." Technically, Rizzle Kicks was founded in about 1996, when both members, in their miniature form, used to play together, round Rizzle's aunties house. It wasn't until 8 years later when the pair re-found each other, after both moving to Brighton and joining the local Sunday league, by facing eachother head-on in a football match.

4 years later, they ended up going to the same college, and one day when Rizzle got Sylvester to 'Lalala' all over a track, he then realised that the kind of style Sylvester had fitted in nicely with the sound that was growing. Jordan and Harley were signed by Island Records after making a series of videos to accompany their songs.

When I Was A Youngster (CDS)

Mama Do The Hump (CDS)

Down With The Trumpets (CDS)