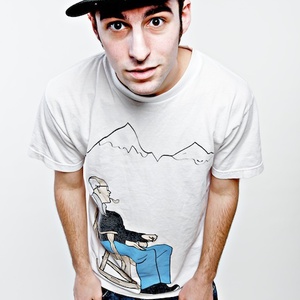 24-year-old producer and emcee Spose, hailing from Wells, Maine USA, has been making music since age 9 and rhyming since 1999 when he was 14. Since the release of his debut album "Preposterously Dank" in 2008 on his own Frothy Four Records imprint, Spose has seen his musical endeavors reach a new plateau. He has been named Maine's "Best HipHop Act" for both 2008 and 2009 at the prestigious WePushButtons Awards.

In 2009, he also returned with a mixtape/joint-album with his friend Cam Groves entitled "We Smoked It All." Spose has performed with national acts such as 7L & Esoteric, Brother Ali, Sean Price, Ill Bill, Kool Keith, Mac Lethal & more. Spose's hit single "I'm Awesome" blew up in 2010 in Maine was featured heavily on 94.3 WCYY's Top 5@5. Since then, He started a record label called Preposterously Dank LLC., on which he has released his album "Happy Medium", His collaborative Mixtape with Cam Grover, "We Smoked It All 2", not to mention numerous albums from other Maine artists signed to his label. He has plans to release a new Mixtape called "The Peter Sparker Mixtape" in early 2012, and his long-awaited album "The Audacity!" later in the year. It was supposed to be released on the major record label "Universal Republic Records", but he left the label and restarted the album to release himself.

We All Got Lost

Good Luck With Your Life

Why Am I So Happy?