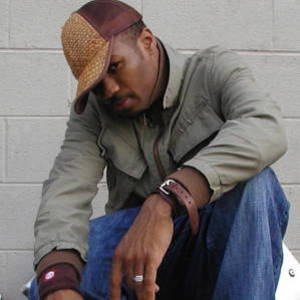 Illinois-bred, hip hop crooner Deshon Bullock a.k.a. Shonlock canvasses a form of artistry which resonates into a discerning lesson in ..the art of translation... The former dancer and choreographer for Arrested Development and R&B princess Aaliyah is a multi-instrumentalist, serving up the type of production, lyricism, and performance stamina that leave fans yearning for more. Lock..s genius has garnered him an eclectic space in the arena of emerging spiritually-conscious artists; however the Atlanta-based lyricists.

resume rivals that of most veteran artists. ..I started my career in the clubs of Chicago, during a time when hip hop..soul and b-boyin.. were just how we rolled. I studied the type of artists that made good music. My evolution from a dancer to a lyricist/performer came from years of hard work with the ultimate goal of becoming the all-around artist...

After his spiritual transformation and short stint with Aaliyah, Lock began to choreograph shows for some of the Christian industry..s most noted talent. He added the electrifying spark to shows for Grammy nominated duo Grits, Word recording artist Nicole C. Mullen and The Katinas. It was during this transition period that Lock was picked up by industry veteran Toby Mac as a touring hype man and choreographer, a position which he still holds today. While on the road with the industry..s top headlining artists, Lock recorded a self-produced hip hop project which sold more than 15,000 units. The out-of-the-trunk numbers Lock obtained were solid enough to grab the attention of several labels and the bidding war began. However, in December of 2005 Lock signed with Nashville-based Word Records, making him the first hip hop artist signed by the label.

Lock has made significant contributions in the past couple of years, scoring hits with the recording industry..s most bankable artists. His lyrical credits are showcased on: EMI..s Kierra ..KiKi.. Sheard..s Just Until remix CD, Trinitee 5:7..s upcoming 2006 Gospo Centric release, Toby Mac..s Renovating Diverse City, Verbs Unlocked CD, and EMI upstart group V3..s 2006 release. With his untitled inaugural Word release complete, the label..s ..1 draft pick continues to tour with Toby Mac while making a string of solo appearances in preparation for his 2007 release.

The project features 12 scorching tracks produced by Two Grammy nominated producers David ..Da Monsta.. Lynch and producer Ric "Form" Robbins. The soul and rock influenced CD includes appearances from The Katinas and Trinitee 5:7, which bring a welcomed diversity to the strong lyrical delivery by Lock. His unique sound is sure to resonate with multi-cultural audiences who have long awaited a solid offering from a spiritually-conscious hip hop artist.

A Night To Remember

Never Odd Or Even