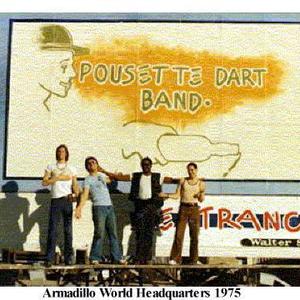 The Pousette-Dart Band (also known as PDB) was an American soft rock group active in the 1970s and early 1980s. Originally conceived in 1973 as a string band from Cambridge, Massachusetts, PDB comprised Jon Pousette-Dart, John Troy and John Curtis. With a shift to a more commercially-oriented sound and a steady succession of additional personnel, the group went on to record a series of albums for their label Capitol Records: 1976 - Pousette-Dart Band 1977 - Amnesia 1977 - The Pousette-Dart Band live at Sigma Sound, Philadelphia

Although the band formally broke up in 1981, members reunited in 1991 for a series of concerts, and a "Best Of" album was released in 1994. Since then collaborations between various former personnel have continued, with original members Jon Pousette-Dart and John Troy also launching solo careers.
The song "Fall on Me" from the band's second album Amnesia featured in a season 2 episode of Lost.