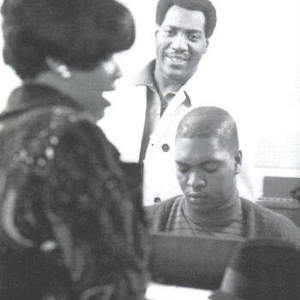 Otis Ray Redding, Jr. (September 9, 1941 ? December 10, 1967 in Dawson, Georgia) was an American soul singer. He is renowned for an ability to convey strong emotion through his voice. According to the website of the Rock and Roll Hall of Fame (where he was inducted in 1989), Redding's name is "synonymous with the term soul, music that arose out of the black experience in America through the transmutation of gospel and rhythm and blues into a form of funky, secular testifying. He died on December 10, 1967 in a plane crash.

Carla Thomas (born December 21, 1942, in Memphis, Tennessee) is often referred to as the Queen of Memphis Soul . Her parents, the late Rufus and Lorene Thomas, brought three musically gifted children into this world: Carla, Marvell and Vaneese. Despite growing up in the projects, the Thomas family lived in close proximity to the locally celebrated Palace Theater on world-famous Beale Street, as Rufus was the theater's emcee for their amateur shows.[1] This access not only gave Thomas her first taste of the music world but it also provided a springboard for her transformation into the Queen of the Memphis Sound.