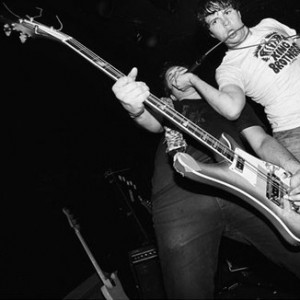 The Reatards were an American punk rock band from Memphis, TN. Formed in 1997 by frontman Jay Reatard (angry angles, Destruction Unit, Terror Visions, Bad Times, Lost Sounds and many more) at the tender age of 16. After the debut EP titled Get Real Stupid, Jay recruited bassist Steve Albundy Reatard and drummer Elvis Wong Reatard to record the full-length follow-up, 1998's Teenage Hate. The single "You're So Lewd" followed a year later, as did the LP Grown Up Fucked Up. Disbanded in 2006.

Grown Up, Fucked Up