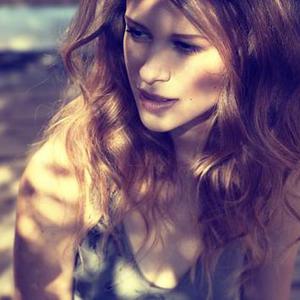 Lia Ices (born in Connecticut) is an American singer/song-writer. Encouraged by her parents, she started playing the piano at a very young age. She studied music at New York University's Tisch School of the Arts. Her music is known for being extravagantly avant-garde. She released her debut LP, Necima, in 2008 on New York's Rare Book Room records. She was subsequently picked up by Jagjaguwar, home also to Justin Vernon of Bon Iver, who appears for a duet on her new release Grown Unknown.

She may also be the most beautiful thing I have ever seen and has the voice of an angel... sigh