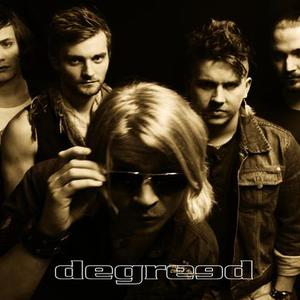 Life is full of surprises and unexpected decisions, which is two of the things that brought four young musicians together in Kopparberg during 2005. Through a few years these four musicians made different decisions and had different opinions and ?degreed? ended up with six members, some of them who were there from the beginning and some of them new. With the same musical taste they started writing music together, which ended up in a beautiful mixture of six people's minds and hearts in the form of music.

Writing songs and melodies comes natural to every musical human being but the difference is how well you mix the theory with the feeling, love and dedication which "degreed" have found the balance in. Recording the debut album is just the beginning... Putting ?degreed? on the map and become a hard working, touring rock band is what follows!

Dead But Not Forgotten