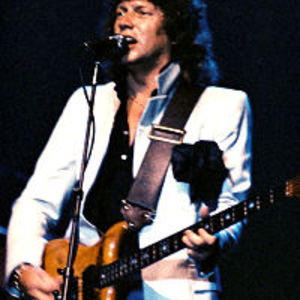 John Lodge (born John Charles Lodge, 20 July 1945, in Birmingham, England) is best known as the bass guitar player for the Moody Blues. He has also recorded solo material and collaborated with fellow member of the Moody Blues, Justin Hayward on the 1975 album Blue Jays. During the 1970s, he also produced the band Trapeze. 'Bass Player' magazine voted John Lodge amongst the most influential bass players.

In 1985, the Moody Blues picked up the Ivor Novello Award for Outstanding Contribution to Music.

B Yond: The Very Best Of