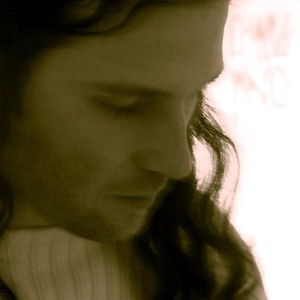 [1] France-based Asura (ambient trance, signed to Ultimae Records):
Since 1996, and its creation by Charles Farewell and Vincent VIlluis, the project Asura has polished a personal electronic universe sound, between trance psychedelic, ambient and world music. In 1998, Christopher Maze joins the band and in 2000, Code Eternity is out, being the first album of Asura and Infinium Records (ex Ultimae Records). Made by many influences, their music does not remain about it less one personal and considered creation, centered on the perpetual search of infinite spaces and multiple origins. Monotonous melancholic lyrics, symphonic waves, fast and slow rythms, heavy or throbbing, liturgical songs, Asura introduces a certain solemn vision of the world. Built around electronic machines and acoustic instruments, their music is a curiosity. Recognized everywhere, though little known in France, their songs Code Eternity and Lost Eden however had many dance at the time of large trance raves all over the world. Vincent Villuis left the band to concentrate on his new project, Aes Dana, in 2001, and was replaced the same year by Alex Ackerman.

The second album, Lost Eden, was released in 2003.

Since July 2005, after the departure of Christopher Maze and Alex Ackerman, Asura became a solo project, exclusively composed by Charles Farewell.

The third album, Life&sup2;, has been available on Earth since July the 7th 2007, on Ultimae Records.
Life? marks the return of the original Asura sound, with ten strong tracks, composed of melodic echoes, aramean tribal rhythms, ethereal duduks, hypnotic basslines, symphonic orchestrations, fusion of gentleness, and strength blending into acid themes. The outcome is melancholic yet positive, as any renewal would be, a tangible passage, sort of a second life...

[2] Los Angeles-based Asura (beat/IDM, signed to Non Projects:
The concept of Asura, as taken from the work of Japanese poet Kenji Miyazawa, is that of a dissolution of self and environment in the face of strong emotion. By employing this guise along with his training in the classical and jazz worlds as a bassist, cellist, guitarist, and trumpeter in such an electronic medium, Los Angeles based producer Ryan York produces a truly organic form of digital music.

The experience of falling in love in the backdrop of modern Los Angeles is central to his self-titled debut album (released January 19, 2010) as its simultaneously decaying and awe inspiring environments are painted in one in the same along with the beauty and struggle of a new relationship, each lending their own cracks, hisses, and echoes to the music.