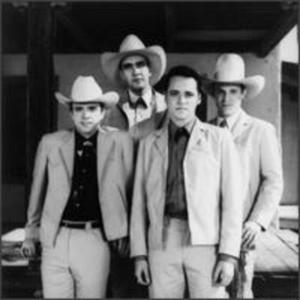 They started causing a buzz and one hell of a stir on the Austin music scene in the mid '80s and quickly gained respect from country music traditionalists and Rockabilly's aficionados. All the songs on both albums were Wagoneers originals , written predominantly by Monte Warden. A great live band who decided, then succeeded, to blow the cobwebs from the static Nashville hat scene; making appearances on TV's Austin City Limits, an appearance on Hank Wangford's A to Z of C & W on a Channel 4 Honkytonk special in 1987 (which included an interview & two live performances from Austin City limits) & three promo videos ( I Wanna Know Her Again - Help Me Get Over You & Sit A Little Closer ) all aired on CMT (and can be viewed at WWW.CMT.COM) and some legendary live performances all over the USA.

Wagoneers sadly split in 1991, but they have left us some truly great recordings. Monte Warden has gone on to forge a successful solo career releasing 4 albums and continues to write and perform in Austin to this day. Thomas is currently drumming with Raul Malo & Heybale, Craig continues to record and write in Austin & Brent currently tours with Charlie Louvin playing bass guitar