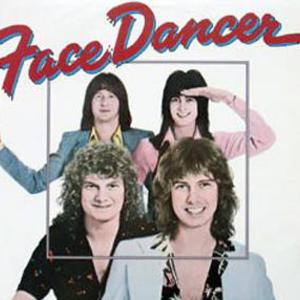 Facedancer is gearing up for the highly-anticipated release of their debut record, ?For the Love of the Game?. After years of touring, recording, trials, breakups and tragedies, Facedancer has reformed in 2011 and has created what should prove to be the ultimate stage of the bands evolution. Casting aside all caution this band has emerged at this space and time out of sheer love of the game and all things musical and theatrical.

In addition to producing the album, they have put together their new stage show. The songs hit on a variety of themes and emotions, including lost love, fame, fortune, life, death, the music business and many others. The record's first single ?Straight to the Top? tells a story about the ups, downs and absurdity of music business they experienced firsthand. Ego, bad management, materialism, greed and a reminiscent musing on na?ve sexuality.

Prior to ?For the love of the game?, Facedancer has had regional and national success with their first record ?This World? on Capitol Records and several releases to follow. The bands performing talent has always kept them alive and viable. With their emphasis these days on dramatic performance, their polyrhythmic beats, multicultural influences and ?ass kicking? theater rock, Facedancer should prove themselves once again to their loyal fans and pick up new fans like junkyard magnets when they hit the stage once again this fall. Featuring John West on vocals, Steve Carodiskey on bass, John Suchy on keyboards and from the first Facedancer album Jeff Adams, David Utter and Billy Trainor.