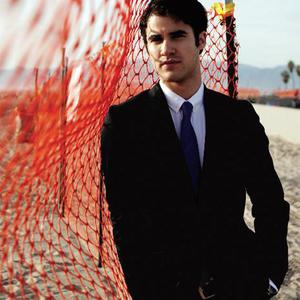 Darren Everett Criss (born February 5, 1987) is an American television actor, singer-songwriter and Internet personality. He is best known for his portrayals of Harry Potter in A Very Potter Musical and Blaine in the second and third season of Glee. In 2010 he released a self-produced EP Human on iTunes. Originally from San Francisco, California, U.S., Darren Criss is half Filipino and half Irish. He attended Saint Ignatius College Preparatory. As a child, Criss played a variety of instruments, some of which include violin, guitar, piano and drums.

Originally from San Francisco, California, U.S., Darren Criss is half Filipino and half Irish. He attended Saint Ignatius College Preparatory. As a child, Criss played a variety of instruments, some of which include violin, guitar, piano and drums. During this time, he played drums in a band with his brother Chuck Criss, until Chuck moved to New York City to develop his music career (and subsequently join the indie rock group Freelance Whales). Criss went on to the University of Michigan, graduating in 2009 with a Bachelor of Fine Arts in Performance, Acting.

On November 9, 2010, Criss joined the cast of Glee on the episode Never Been Kissed as Blaine, a gay student at a rival school. This is the second time Criss auditioned for the show, as he had originally auditioned to play Finn when the show was initially created. Glee creator Ryan Murphy stated, "Darren has a major, major arc... He sort of becomes Kurt's mentor and then maybe love--he had to leave his own school because of bullying and goes to an all-boys academy and finds acceptance because that school has a no-bullying, zero-tolerance policy. So Kurt really admires him and respects him. He plays someone who's one year older than Chris' character, so he's the old pro." Unlike his character in Glee, Criss is straight. Criss has been confirmed as a regular for the remainder of season two and for season three of Glee.

His work outside of Team StarKid and Glee include musical collaborations with Charlene Kaye. He also played Josh in the television series Eastwick, a guest-starred in Cold Case and played Toby in a YouTube mini-series Little White Lie, a lesser known project of Team StarKid. He wrote/recorded several songs for this series including I Still Think

Criss made his professional stage debut at the age of ten in 42nd Street Moon's 1997 production of Fanny, in the role of Cesario. The next year, Criss played Mauro in the Richard Rodgers and Stephen Sondheim musical Do I Hear a Waltz?, followed by Babes in Arms in 1999, in which he played Beauregard Calhoun.