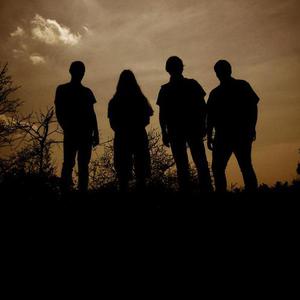 Morne was a concept that began with many trials and tribulations. The band was founded by Milosz Gassan in 2005, and while there were many interested individuals in making the project happen, only one lineup had the dedication and passion to make the band a reality. In 2007, Milosz was joined by Max Furst (bass) and Kevin Adams (drums) and it was here where Morne began to create and develop the band's distinct sound heard today.

After just a few months of rehearsal, the band entered a studio to record their first demo. As time went on, the songs continued to further shape and evolve. In the following summer of 2008, Morne was joined by Jeff Hayward right before the band's first formal studio recording session for a split 12" with the UK band Warprayer.

After brief touring and intensive rehearsal, Morne finally unveiled their debut full-length album "Untold Wait" in late 2009. The album was the culmination of over 2 years efforts and hard work as a group. Morne also invited guest musicians Kris Force and Alicia Morgan to contribute their talents and signatures to further the album's vast concept. Due to artistic and personal differences, the band parted ways with Kevin prior to the album's release. In his place, Erik Larson stepped up to substitute for their first European tour in the summer of 2009. After nearly one year without a permanent drummer, Morne was joined by Billy Knockenhauer in September of 2010 to perform with the band full-time. The band has also since been joined by Ian Shultz to fulfill the role of permanent keyboard and sound manipulation, helping to complete the band's live sound.

To The Night Unknown