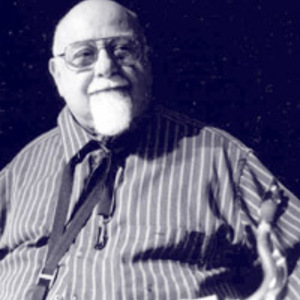 Microtonal innovator Joe Maneri was born in Brooklyn, NY, in 1927, learning to play clarinet from a neighborhood shoemaker and making his professional debut on the Catskills society-band circuit at age 17. Three years later, he was introduced to the work of Arnold Schoenberg, the famed inventor of the 12-tone system, and immediately thereafter formed his own 12-tone jazz ensemble, additionally performing in a number of ethnic music combos.

A decade of study under composer Joseph Schmidt (himself a former Schoenberg student) followed, before Maneri came to the attention of conductor Eric Leinsdorf, who commissioned him to compose a piano concerto. He made his first recordings for Atlantic in 1962; after the session went unreleased, Maneri was largely silent for the remainder of the decade, finally resurfacing in 1970 teaching theory and composition at the New England Conservatory of Music. Exploring microtones in his subsequent compositions and improvisations alike, Maneri's first officially released recording, 1991's Kavalinka, found him joined by his violinist son Mat and percussionist Masashi Harada. Two more efforts -- the Leo Lab session Get Ready to Receive Yourself, and Three Men Walking, an ECM date featuring guitarist Joe Morris -- followed in 1995. Bassist Barre Phillips joined the Maneris for Tales of Rohnlief.

Coming Down The Mountain