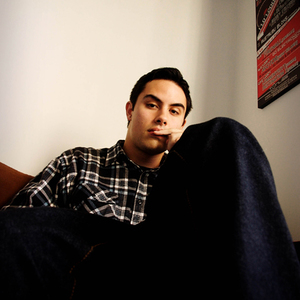 David Dallas (born August 28 in Papatoetoe, Auckland) is an award winning New Zealand rapper and producer, formerly known as Con Psy, signed to P-Money's Dirty Records. He released his debut EP Something Now in 2008, and then his debut solo album, Something Awesome, was released in August 2009. His second next album, The Rose Tint, was released in May 2011 and featured appearances from Freddie Gibbs, PNC and Buckshot. He is also half of the award winning duo Frontline, who were the recipients of the New Zealand Music Awards Best Hip Hop Album award in 2006 for their album Borrowed Time.

He also received the 2003 NZ Music Awards Songwriter of the Year award for his contribution to Scribe's Not Many: The Remix! alongside Scribe, P-Money and Savage.