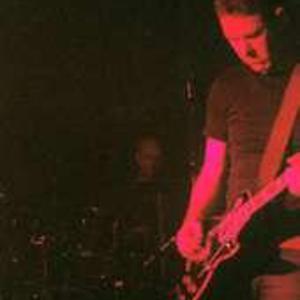 Review by planetfuzz.net: Stone Oak Cosmonaut is a relatively new and impressive Dutch band and with endless Dutch bands producing quality rock sounds these cats are no exception! Think Space Rock like Hawkwind's moods swirls and grooves, throw in some classic stoner riffage with a hint of the good ol' days metal and you have a pretty good idea what you're going to get yourself into here. Out Of Orbit is a solid slab of old school meets new terrain, "Keph- Tun" is the opening track a beautiful blend of swirling effects mixed with big dirty metallic over driven guitars.

Stone Oak Cosmonaut is a relatively new and impressive Dutch band and with endless Dutch bands producing quality rock sounds these cats are no exception! Think Space Rock like Hawkwind's moods swirls and grooves, throw in some classic stoner riffage with a hint of the good ol' days metal and you have a pretty good idea what you're going to get yourself into here.

Out Of Orbit is a solid slab of old school meets new terrain, "Keph- Tun" is the opening track a beautiful blend of swirling effects mixed with big dirty metallic over driven guitars. Von Trippenhof's Vocals come across kind of rough and behind in the mix, you could almost think you were hearing Wino sing at times.

"Away In The Laikia" is one of my favourite tracks on Out Of Orbit. Again Bubbly Cosmic Electronic tripscapes leading into a classic chugging riff that holds all the classic Dutch tone we have all come to love in this scene. Think Spirit Caravan meets Candy Bar Planet with LSD planted firmly under two eyelids and your set for the perfect voyage.
"A Light In The Dark" Can only be described as EPIC a Space rock master piece! Magical chilled out electronic interludes blanket your ears complimented with eerie floating chilled chords. The percussion carries you through a wall of uncertainty as if you are about to enter another world! Von Trippenhof's Lyrics echo through your head "Together we will make foot prints on the moon"

Then just when you are comfortably numb HEAVINESS erupts 35007 styled, power driven balls to the wall fuzz with Dual leads, and massive percussion !A back breaking Bass driven power stomper that leaves you in a crazed euphoric state!
The Equally Amazing two part Out of Orbit "Part 1 Earthless" and "part 2 Star Voyage" follows, this is truly a listening experience pretty much flowing back and forth into the same kind of elements as described in the earlier songs but a lot more jammed out and in a sense I guess what space rock is known for! Loads of space overdubs and enough riffs, jams and twists to keep you in constant awe!

Stone Oak Cosmonaut has really produced a master piece here a mind blowing and body levitating experience that will definitely appeal to a broad range of listeners. It's hard to believe this is Stone Oak Cosmonaut's debut release; they come across as seasoned veterans to the space/fuzz world. Fans of First Band From Outer Space, Earthless and Spirit Caravan will surely lap this record up. There's only one more thing to say" Pack your moon boots, grab your space cakes and say good bye to loved ones and jump on the epic Stone Oak star voyage ASAP! "

review by aural innovations:
Stone Oak Cosmonaut are a new Dutch trio who play a monster blend of Space Rock, Metal and Stoner Rock. The band consists of Fred Stack on "space guitar", Peter on drums and Von Trippenhof on bass, electronics and vocals. And if the name Von Trippenhof sounds familiar it's probably because he did some time in the late 1990s with The Legendary Pink Dots. The band burst out hot and heavy with "Keph-Tun", a pounding slab of Space-Metal. Swirling alien electronics, crunchy metallic guitar and cosmic space guitar. A solid opener. "A Circle Run" is next and we're now deep in Stoner Space Rock territory. These guys know how to incorporate the electronics into the music so that it all gels nicely. And Von Trippenhof's vocals sound a lot like Wino, so between that and the music this sounds like it could be Spirit Caravan gone Space Rock (I told him that and he had not previously heard of Wino or any of his bands). And again we get a great mixture of heavy stoner and bubbly space guitar, which culminates in a mind-blowing spaced out stoner-psychedelic finale. "Away in the Laika", "The Gift of the Eyeless Merchant" and "Oh Yeah" are other solid stoner space metal tunes I enjoyed. "The Gift of the Eyeless Merchant" is probably the most intense song of the set. A genuine battlecry for war feel. And Fred really rips up the solos on "Oh Yeah". "A Light in the Dark" starts off dreamily ethereal and trips along like that for a couple minutes before launching into a heavy rocking stoner-metal-space rock blast. It's got some of Von Trippenhof's most potent vocals and a killer cosmic jam segment. "Reborn Again (Latter Day Beelzebub)" is a bit different, having a good time, though totally grungy, rock 'n roll edge to it. It's melodic, almost pop, on the one hand, but in no way dispenses with the powerful metallic flavor of the rest of the album. And interesting song with contrasting styles. But the highlight? the standout? the ultimate monster of the album, is the two part, 25 minute "Out of Orbit". "Earthless" is part 1, and starts off as an easy paced spacey song with both freaky electronics and proggy synth washes. Soon Von Trippenhof's bass starts to get a groove going, the drumming gets increasingly rocking, and when Fred's guitar kicks in we're in full power trio psych rock mode. Fred briefly plays in a Hendrix style until the band abruptly shift to the now trademark Stone Oak Cosmonaut metallic rocking vibe. And back and forth they go, between intense stoner metal and ripping spaced out psychedelic jamming. Lots going on here, and I really dig the hip shakin' psychedelic boogie-woogie bits. And when we get to part 2 - "Star Voyage" - its 14 blissful minutes of heavy, take no prisoners JAMMING! HEAVY duty metallic, rock 'n rolling SPACE ROCK! Absolutely fucking awesome. This is without a doubt one of the best albums I've heard this year. Walter at Roadburn should consider these guys for the festival next year, especially given that they're right in his back yard. For fans of First Band From Outer Space, Earthless, Litmus, and of course Hawkwind. Highest as a kite recommendation! For more information you can visit the Stone Oak Cosmonaut web site at: http://www.myspace.com/stoneoakcosmonaut. Reviewed by Jerry Kranitz --------------------------------------------------

One Evening In The Desert