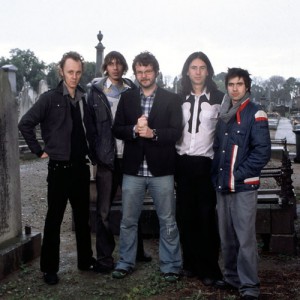 Over the course of several early EPs in the late 90s, Wagons developed their novel and often ironic take on country music. When coupled with an energetic and polished live show, anchored by the powerful stage presence of Henry Wagons, Wagons began to gather a strong local following, which they capitalised on with the release of their debut CD Trying To Get Home (Chapter CH42). 2004 saw Wagons move to prominent Australian indie label Spunk, with the release of Draw Blood. Their third record The Curse Of Lightning followed in 2007, and The Rise And Fall Of Goodtown in 2009.